Dublin comes in 49th position in Mercer's 2022 Cost of Living Survey, which ranks 227 of the world's most expensive cities for expatriates.

Mercer said its cost of living data, along with its mobility research, shows that widespread inflation, exchange rate variations and the rise of remote and flexible working are all having a material impact on expatriate employees' pay and savings.

It cautioned that these influences may have serious consequences for employers in the global battle for talent.

Noel O'Connor, Senior Consultant at Mercer Ireland, said the weakening of the euro against the dollar has influenced Dublin’s ranking in this year's survey.

But he added that despite the impact of socio-economic headwinds, Dublin remains an attractive location for expatriates overall. 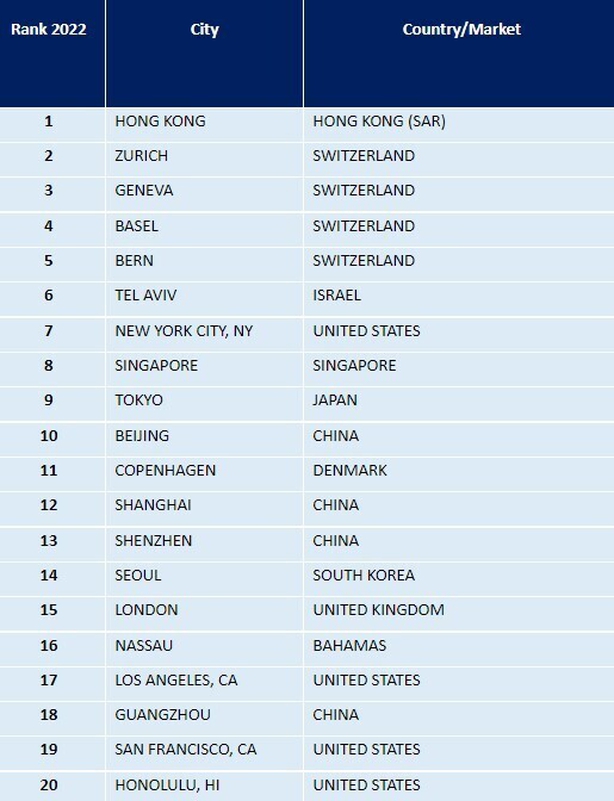 Mr O'Connor also said the volatility triggered by Covid-19 and further worsened by the crisis in Ukraine, has fuelled global economic and political uncertainty.

"This uncertainty, coupled with significant rising inflation in most of the countries around the world, has international assignees concerned about their purchasing power and socio-economic stability," he stated.

Working and economic conditions around the world are evolving faster than before and Mr O'Connor said that companies need to carefully navigate international assignment costs/packages in times of uncertainty.

"Employers must adapt to the new world of work to ensure business resilience and sustainable futures for their mobile workforce," he added.