Inflation in May was 7.8%, the fastest rate of price increases since 1984.

The Central Statistics Office informed us that when inflation was measured back then, the "basket" of goods and services included black-and-white TVs, telegrams and vinyl LPs.

Another interesting nugget was the fact that petrol and diesel accounted for just over 6% of the basket back in 1984, while it now accounts for 3.71%.

In other words, we now spend proportionately less on fuel than we did in the '80s.

A small comfort now that you’re paying 26% more for your petrol compared to last year and 41.6% for diesel.

However, if mullets and Duran Duran are not your thing, you could choose to compare our current predicament to the 1970s.

That’s what the World Bank did this week when it raised the spectre of stagflation. That’s when inflation goes up and economies go into recession.

In a report, it warned about the particular threat facing emerging markets and developing economies.

The OECD added the stark warning of famine in those parts of the world which are especially dependent on grain supplies from Russian and Ukraine to its Economic Outlook.

Both surges of inflation followed the first and second global oil shocks.

The year referenced this week, 1984, saw average inflation of 8.6%. The rate of inflation had halved within two years, but yes, you’ve guessed it, at the cost of a deep recession and everything that came with that in terms of emigration and absence of investment in public services.

For the moment, history doesn’t look like it’s repeating itself, but it is rhyming like the finest Spinal Tap.

The Irish economy bounced back spectacularly in the first three months of this year, growing by almost 11%, although the domestic economy contracted by 1%.

The ECB has pared back its growth forecasts but it’s still pencilling in robust growth across the euro area this year of 2.8%.

Unemployment is at historic lows and the European Central Bank has the mandate to bring inflation down.

This is in contrast to the 1970s when many governments across Europe believed they could ride through the inflationary cycle without taking steps like increasing interest rates to slow things down.

The other factor - and we don’t know the answer to this one yet - is what happens to wages.

I’m indebted to Dr Ciarán Casey for referencing on Twitter a fascinating study the CSO carried out on the history of the industrial wage in Ireland (The Average Industrial Wage and the Irish Economy).

It shows that in the 1970s nominal wages went up annually at an average rate of just over 18%. Even after inflation took its toll, real wages rose by an average of 4.8%, which is described as the biggest increase in purchasing power since records were compiled in the 1930’s. 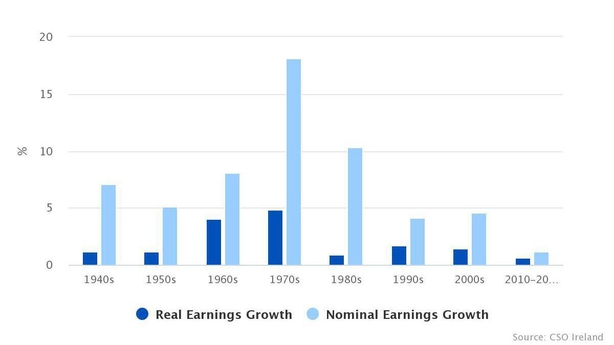 The eventual hangover for this spectacular wage-price spiral was reaped in the recession of the 1980s when real wages only increased by 0.9%, which was the lowest ever annual rate of earnings growth.

Wages are already increasing across many private sector sectors in Ireland and negotiations on public sector pay are entering a new, more intense, phase next week. But they’re unlikely to settle on anything even close to what we saw in the 1970s.

The last wild card is the original match which sparked Europe’s inflation spiral: the war in Ukraine. The world found different ways since the oil shocks of the 1970s of circumventing and adapting to the impact of wars in the Middle East.

It changed its energy use too by adapting technology to be more fuel efficient. It’s hoped the green transition will deliver the same progress.

Russia’s invasion of Ukraine is different and not only because the spread of commodities affected by the war and the structural reliance of much of Europe on Russian gas.

ECB President Christine Lagarde made an interesting comment at the end of this week’s post-Governing Council press conference. In complimenting the head of the Dutch central bank, Klaas Knot, for hosting this month’s meeting, she said that "geography matters".

It certainly does when there’s a full-scale war on your doorstep.

That history is far from being written yet. 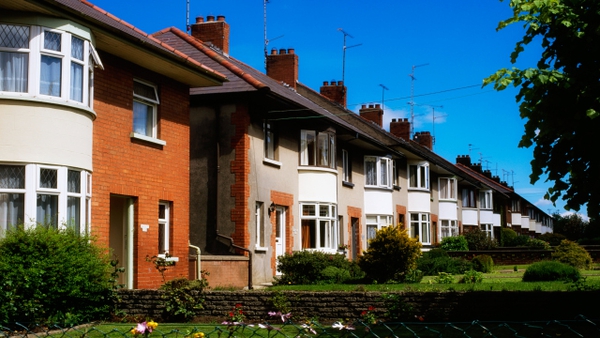