The Irish Fiscal Advisory Council (IFAC) has said the Government has little room to fully index welfare payments, public sector wages and increase spending due to once-in-a-generation levels of inflation.

In its latest Fiscal Assessment Report, the IFAC also warned that it is now "urgent" for the Government to reduce its dependence on corporation tax receipts.

Speaking on RTÉ's Morning Ireland, Chairperson Sebastian Barnes said the public finances have emerged in "surprisingly good shape" after the pandemic but the Government will have to make a choice now with pressures on spending.

"Inflation is going to create very significant pressures on spending and if the Government wants to reflect the higher costs of living in terms of public sector pay in terms of pensions and in terms of wages, that's going to be very costly," he warned.

IFAC said the economy has rebounded much stronger than expected after the Covid-19 pandemic, but the inflationary pressures reinforced by the Russian invasion of Ukraine present new challenges.

It said if the Government indexed welfare payments and public sector wages to keep pace with inflation, it could add €3.5 billion to spending. This would need to be offset by higher taxes or lower spending elsewhere.

It said there is some merit in examining a new version of the Social Partnership agreements of the past to avoid the knock-on impact of wages fuelling even higher inflation.

The council is also worried that the public finances are now too reliant on exceptional and "risky" levels of corporation tax which it estimated amount to €22bn in total since 2015.

It is concerned that some of this has been used to fund permanent increases in public spending.

And it repeated criticisms that it has made in earlier reports that there is little information on what the true cost to the Exchequer will be for actions to adapt to climate change and Sláintecare health reforms.

This report is the formal response of the council to the Government's Stability Programme Update which was published last month.

It described the challenge facing the Government as a "tricky balancing act" to achieve the goals of "managing higher inflation, protecting poorer households and delivering major policies".

It said the current level of inflation means expenditure limits set in the last Budget are below what would be necessary just to maintain current service levels.

It suggested that going only some way to offset inflation, which is forecast to average just over 6% this year, would avoid "second-round effects" which is where prices and wages take off in response to inflation and end up generating even more inflation.

"A combination of carefully calibrated temporary and targeted supports and permanent social welfare, wage and spending increases could help to achieve this," the report stated.

It is also warning that it is now "urgent" for the Government to wean itself off the exceptional levels of corporation tax which have helped fund cost overruns in health in recent years.

The council calculated that if the Government had saved these windfall amounts since 2015, it would have built up a rainy day fund of €22 billion.

It described these "excess" corporation tax receipts as Ireland’s own form of oil wealth and looked to the example of Norway which set up a special fund to manage the proceeds into the future.

IFAC described the "over reliance on corporation tax receipts" as "risky and prone to reversals".

It also maintained that the lack of costings on policy commitments in the areas of health and climate change pose "a major risk to medium-term fiscal sustainability".

It said there is "no space" for funding new spending plans on a sustainable basis without raising taxes or reducing spending in other areas. 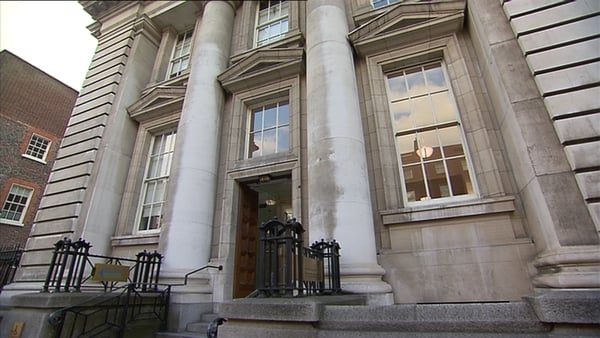