Permanent TSB will hold an extraordinary general meeting (EGM) next month to seek shareholder approval for its proposed acquisition of €7.6 billion of assets from the departing Ulster Bank.

If the plan is passed at the June 24 meeting, the parties hope the principal completion of the deal will be achieved around October 7.

However, completion of the transfer of the Ulster Bank asset finance business and business direct loans will not be completed until the first quarter of next year.

It is hoped that migration of the 25 Ulster Bank branch properties being bought by Permanent TSB will be completed by no later than the end of March next year.

The parties have set June 30 of next year as the indicative long-stop date for final completion of the entire transaction.

The details are laid out in a circular issued to shareholders and the market ahead of the EGM.

"The Board considers that the transaction is in the best interests of shareholders as a whole and unanimously recommends that shareholders vote in favour of the resolutions to be proposed at the EGM," the circular says.

Also included are those non-performing loans within the non-tracker book that as of June 30 last year or for three months prior to the completion date, have no arrears and the customer is meeting contractual payments.

The performing micro-SME or business direct loan book - worth €230m - is also part of the deal.

The circular says that between 400 and 500 Ulster Bank employees who are assigned to the businesses that are being acquired, will be entitled to transfer to Permanent TSB.

"The final number of employees transferring will be agreed and confirmed in advance by the parties," it claims.

The plan current envisages that Permanent TSB will partner with loan management firm Pepper to support the servicing of the Ulster Bank mortgage book being acquired.

"This servicing arrangement will have no impact on customers and is subject to the completion of contractual and regulatory processes," the circular states.

"Any employees who may have a right to transfer to Pepper will also be offered a role within Permanent TSB," it added. 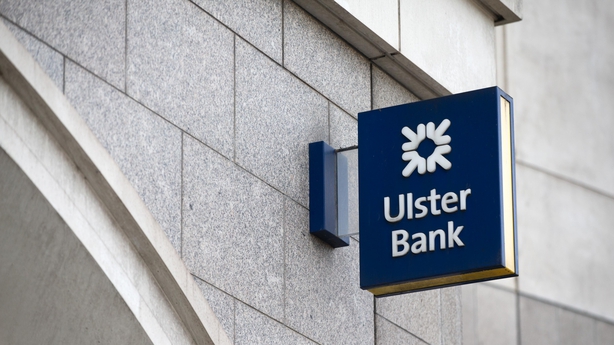 Ulster Bank will pay around €6.4 billion of cash funded from internal resources and existing funding sources, while as part of the deal, Ulster Bank's parent NatWest will also acquire 16.66% of Permanent TSB Group Holdings.

The Minister for Finance, who owns 75% of the bank, has confirmed that his supportive of the plan, the document says.

The circular says that based on the expected portfolio size at completion, Permanent TSB expects incremental annual gross interest income of around €180m next year, which will reduce over time as the portfolios redeem.

It says the additional income is the key driver in the expected reduction to the bank's cost income ratio as it offsets the expected increased operational costs of around €50m per year.

Transaction and implementation costs are estimated at about €130m but these are once-off costs, it adds.

Calling it a once in a generation opportunity to expedite the growth of the bank, the directors predict that its Return on Equity will grow to around 5% by 2024, with a medium-term target of approximately 9%.

"The transaction complements Permanent TSB's growth strategy and is supportive of the bank's financial objectives, which include increasing net interest margin, diversifying the business through the increase of other income, reducing the cost/income ratio, increasing operating profit and increasing the Group's Return on Equity," the circular states.

"The Directors believe that it will accelerate the delivery of the Bank’s ambition to become Ireland’s best personal and small business bank," it states.

"It provides Permanent TSB with greater scale and business model diversification together with an increased national footprint that will provide enhanced products and services to present and future customers," it adds.

The circular shows that in the year to the end of December, the target business included in the deal had total operating income of €214m, with operating expenses of €184m, credit impairment losses of €42m and made a profit of €72m.

The acquisition will, it says, increase Permanent TSB's mortgage book by around 40% compared to last year, increase its branch network by 30%, triple its business lending and help reduce the cost-income ratio to around 60% by 2024.