The US Federal Reserve escalated its battle against the wave of price increases battering the US economy, raising the benchmark interest rate even as it acknowledged the risks posed by the war in Ukraine.

At the conclusion of its two-day meeting, the policy-setting Federal Open Market Committee (FOMC) announced a quarter-point rate hike.

This was the first rate rise since 2018 and since the Fed cut the rate to zero at the start of the Covid-19 pandemic.

The Fed had clearly signaled that the move, already well telegraphed by Fed officials in the weeks leading up to it, would be the first in a series.

"We're not going to let high inflation become entrenched. The costs of that would be too high," Federal Reserve Chair Jerome Powell said, adding that the FOMC is committed to using its "powerful tools" to prevent that.

The Federal Reserve is walking a tightrope to ensure its inflation-fighting efforts do not derail the recovery from the Covid-19 pandemic even as Russia's invasion of Ukraine introduces new uncertainty in an economy battered by supply chain snarls and labour shortages.

In a statement, the FOMC said the fallout from the war in Ukraine is "likely to create additional upward pressure on inflation" and also could "weigh on economic activity," although the "implications for the US economy are highly uncertain."

The Fed moved swiftly in March 2020 to prevent the pandemic from sending the world's largest economy into a severe downturn.

But as the virus waned and businesses reopened, inflation has roared back, with prices for gasoline, food, cars and rents pushing the consumer price index to a four-decade high.

Powell said supply chain issues were worse and more long lasting than expected, and acknowledged that "inflation is likely to take longer to return" to the Fed's 2% goal. 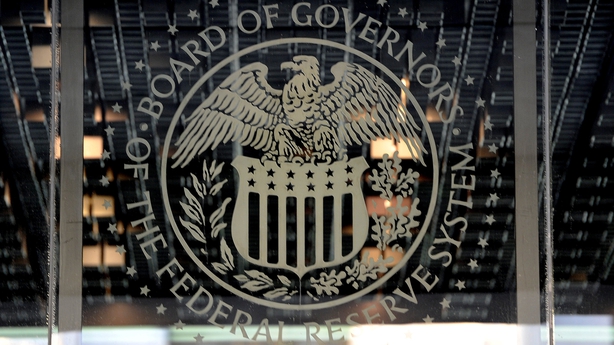 Blaming the "elevated" inflation on "supply and demand imbalances related to the pandemic, higher energy prices and broader price pressures," the statement said "ongoing increases" in the policy rate will be "appropriate."

Markets are expecting a total of seven rate hikes this year, and while the committee typically moves in quarter-point steps, Powell said it could be more aggressive if needed.
"If we conclude that it would be appropriate to raise interest rates more quickly, then then we'll do so," he said.

"However, the Fed's revised interest rate dot plot and inflation forecasts signal the FOMC overall is in a very hawkish mood, as it is very determined to lower inflation," she said in an analysis.

Powell warned that in addition to higher global oil and commodity prices, "the invasion and related events may restrain economic activity abroad and further disrupt supply chains, which would create spillovers to the US economy."

But he said there is little chance of a recession in the next year, noting that "the American economy is very strong and well positioned to handle tighter monetary policy."

The FOMC also released new quarterly economic projections, showing members of the committee raised their median inflation forecast for the year to 4.3% from 2.6% previously, and slashed the growth estimate to still-strong 2.8% from 4%.

While the median forecast was for the Fed's interest rate to end the year at 1.9 percent, members were split, with nine still expecting the level to be below 2%, and seven expecting a higher rate.

One member of the committee, the resolutely hawkish St. Louis Fed President James Bullard, dissented from the vote, arguing for a half-point increase as the first step in the tightening cycle.

Powell also said the committee made progress on the next phase of its inflation fight - reducing the stockpile of assets the central bank built up in its effort to pump liquidity into the economy during the pandemic's worst months.

The first step in reducing the balance sheet holdings, including Treasury debt and mortgage-backed securities, could come as soon as the next policy meeting in May, he said.