More than 50,000 new homes are expected to be built between now and the end of next year, according to new analysis by Banking and Payments Federation Ireland.

Its latest Housing Market Monitor reveals that housing completions dropped over 5% in the final quarter of last year compared to the same period in 2020.

6,937 housing units were completed during the three-month period, compared to 7,326 in the fourth quarter of 2020.

"Despite the rebound of the housing and mortgage market during 2021, we have not seen the same recovery on the supply side which continues to be impacted by the pandemic," said Brian Hayes, Chief Executive of BPFI.

"Looking at housing completions, expectations were that the total completion levels would be higher for the full year however we see that there was a 5.3% decline in completions in the last quarter of 2021 compared with the same period in 2020," he added.

Mr Hayes said the lower level of completions is due to the effects of the pandemic on construction sites.

"Prior to the pandemic, the rate of absence in the sector in the last quarter of 2019 was at around 8%. 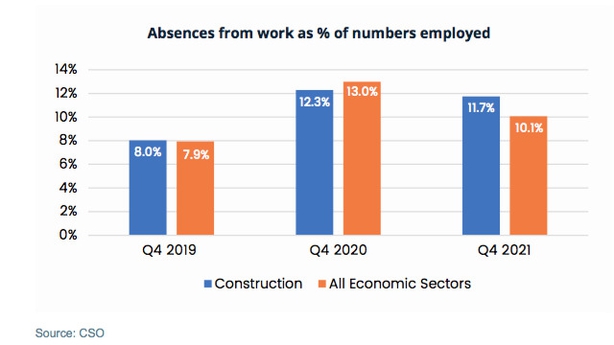 Dr Ali Uğur, Chief Economist at BPFI said they expect the increased activity in apartment completions to continue this year.

"In general, there has been a very close correlation between commencement numbers in a year and completions in the following year; however, increasing apartment activity in the residential construction sector is likely to create further delays in completion numbers," he said.

"More than 30,700 housing units were commenced in 2021, a 42% increase from the numbers observed in 2020 and almost the same as combined totals for 2016 and 2017 which is a signicant pipeline for output for the residential construction sector in addition to some of the units that started in 2019 and 2020 but were not completed due to the pandemic," he added.

The latest BPFI figures reveal that almost 6,500 housing units were started in the final quarter of last year, 3.3% more than in the same period in 2020.

Both regions recorded their highest commencement levels since 2006 with 10,936 in Dublin and 7,694 in Dublin Commuter. 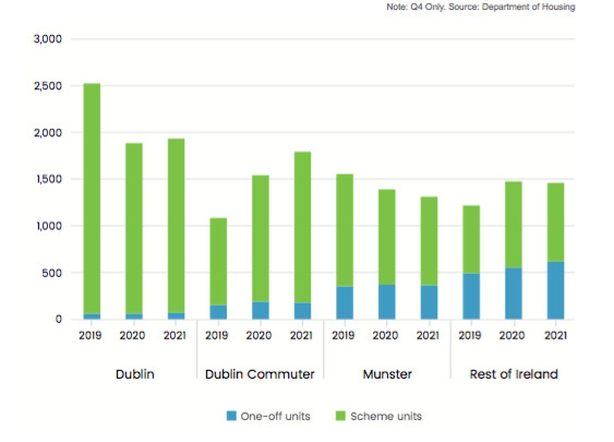 The report also reveals that the number of residential units granted planning permission fell by 16% year on year in the third quarter of 2021 to 11,428.

More apartments than houses were granted planning permission for the ninth successive quarter.