New figures from Banking and Payments Federation Ireland confirm that digital payments are continuing to rise rapidly, as consumers further reduce their reliance on cash and cheques.

The number of digital payments made last year increased by over 10% compared to 2020, while the number of cheques issued reached a new low.

Direct debits, which are mainly used to pay bills grew by 0.7% to 139 million last year.

The figures also reveal that card spending reached a new high last year, with contactless payments accounting for more than half of all payments.

Back in 2017, contactless payments made up just a quarter of all payments. 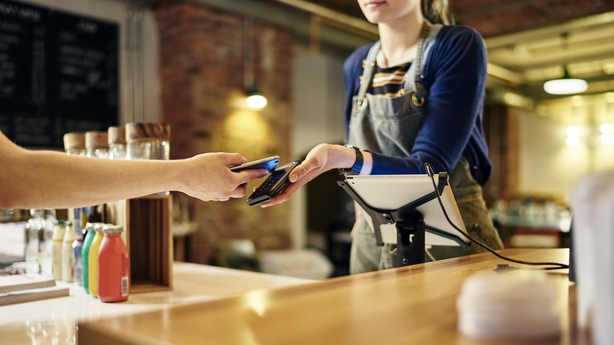 According to the report, 834 million contactless payments were made last year, worth €13.6 billion.

In volume terms, that is up over 36% on the previous year, while the value is up over 48%. 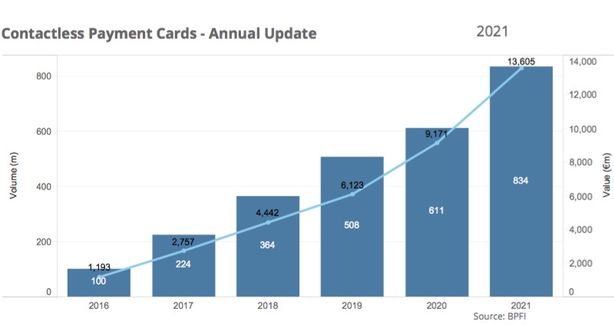 "Our latest payments figures which allow us to assess 2021 as a whole, very clearly demonstrate the continued momentum driving the use of digital banking as well as contactless payments and card spend more generally," said Brian Hayes, Chief Executive of BPFI.

"In just five years we have seen an unprecedented jump of 85% in online and mobile banking payments as consumers continue to adopt to digital channels and move away from paper-based payments," he added.

Mr Hayes said he expects the payment trends that emerged throughout the pandemic to continue.

"With the majority of Covid-19 restrictions now removed we expect these changes in consumer behaviour, that were accelerated during the pandemic, will likely remain and drive a long-lasting shift in the use of digital channels and electronic payments."