Ireland has once again risen to the top of the league table in Europe when it comes to the interest rates that we pay on our mortgages.

The average first-time buyer here pays about €200 more per month than their eurozone counterparts on a similar sized mortgage.

However, believe it or not, we've led a rather charmed existence with our debt for the past decade or so.

The decision by the European Central Bank to successively cut the base rate as eurozone economies were recovering from the economic crash - eventually going to zero - saw borrowing costs falling to their lowest level in years.

Deposit rates actually went negative meaning banks have been paying the European Central Bank to deposit excess money in its overnight facility, a charge the banks have latterly started passing on to commercial and now even personal customers with very large amounts of cash in their accounts.

But that all looks like it's about to change and the change could come about sooner than we had anticipated.

The Bank of England has hiked rates twice in recent months with the base rate moving from 0.1% to 0.5%.

The US Federal Reserve, which cut its main rate to close to zero at the onset of the pandemic, is almost certain to start increasing rates at its March meeting with more hikes to follow, bringing its base rate close to or above 1% by the end of the year.

The European Central Bank can't be far behind.

Although it has stuck with its insistence longer than others that the current bout of inflation is 'transitory' and would pass, there looks to have been a change of heart on that view in the past week or so.

Speaking after the latest policy meeting earlier this month, ECB President Christine Lagarde acknowledged that price rises across the eurozone were rising at a faster-than-expected pace and did not close the door on an interest rate rise this year.

Previously, that had been all but ruled out.

Officially, it's still adopting a 'hold-steady' approach, but the tectonic plates of monetary policy look to be shifting faster than we previously thought. 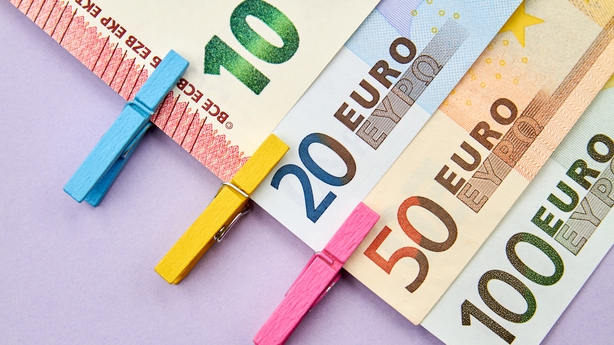 Deposits in the spotlight

"It is fair to say that it is most likely not a case of whether interest rates will rise but rather, when they will rise," Trevor Grant, said Chairperson of the Association of Irish Mortgage Advisors, adding that if it happens this year, it will likely be in the latter part of 2022.

"The general consensus is that any increases are likely to be small - around 0.25% - and incremental," he said.

First up will likely be the deposit rate.

Given that it's been negative since 2014 and has been at -0.5% for the past two-and-a-half years, it will likely be nudged back in the direction of zero - a development that would be welcomed with open arms by financial institutions.

"It would be especially good for credit unions as it may help to balance their balance sheets. They've been hammered in the last four years," explained Frank Conway, Founder of Moneywhizz and the Irish Financial Review.

"Credit unions have been at the coalface of the negative rates issue," he said.

Indeed, many have been limiting the amount of money they have been taking in on deposit from individual customers.

Once brought back into more 'normal' territory, attention will likely turn to the main refinancing rate and taking it above zero, where it has languished since early 2016.

This is where mortgages come into the crosshairs and the hit could be significant for those with large borrowings.

The immediate hit would be felt by mortgage holders on variable rate products or those lucky enough to have trackers, which are pegged to the ECB base rate, usually with a margin of around 1% or more.

Joey Sheahan, Head of Credit at MyMortgages.ie and Author of the Mortgage Coach, said he had been getting a lot of queries from tracker mortgage holders in particular about whether they should fix now fearing that future rate hikes could wipe out the benefit of their low margin tracker.

He crunched some numbers on the possible scenarios.

He used the example of a borrower with €300,000 outstanding on a mortgage with a tracker rate of 1%, with 20 years remaining on the term.

The increase is significant but given that the last trackers were issued in 2008, the impact of a rate hike should not be as great as for some variable rate mortgage holders.

For those on variable rates, particularly those with mortgages that have been drawn down more recently, it could be even more significant.

A relatively modest change could indeed be significant. Is it a good time to fix?

According to the most recent figures from the Central Bank, they accounted for 84% of arrangements in December. That includes new mortgages and people who are switching providers.

However, variable rates and trackers still account for a very significant proportion of the overall stock of mortgages being serviced by householders and investors.

And the bulk of fixed rate mortgages here tend to be short-term arrangements of between three and five years, meaning that while people may be shielded from rate rises for a time, depending on where they are in the term, they could be facing a renegotiation of their loan rate very soon.

So, should they bite the bullet now instead of waiting until the term ends, given that fixed rates may also be more expensive when they come to the end of their terms?

"If they are already on a fixed rate, the mortgage holder should ask their lender the cost of breaking that rate depending on the value, term remaining and protection it offers them," Trevor Grant suggested.

And there certainly are very good offers out there, which may make such a move worth considering.

And there are many others in the same ballpark, so the market is still ripe for good deals.

For those who are in a position to do so, the best value can usually be unlocked by taking advantage of the surge in property values over the last few years.

"House prices have been on the rise for a while now and the average cost of a house has increased from €265,000 in 2017 to around €330,000 in 2021," Alison Fearon, co-founder of mortgage switching platform, Switcheroo pointed out.

"This means that, say you had an LTV (loan to value) of 90% when purchasing a house in 2017, your LTV would now have dropped to 61% when you include the payments you have already made along with the increase in the price of the house. This drop in LTV can knock up to 0.55% off the interest rate as the lower your LTV, the lower the rate available to you," she explained.

Another option worth considering is a relatively recent intervention in the market, which has seen Avant Money and Finance Ireland introducing fixed rate products of up to 30 years duration.

"An important consideration when considering fixing your rate and choosing a fixed rate term, is whether you are going to move in the future, as you may incur a penalty if you break the fixed rate agreement early," Trevor Grant warned.

"Some lenders will allow you carry your rate and mortgage balance to a new property in the future, but it would mean that in order to avoid any penalty, you must stay with that lender," he added.

How high could rates go?

Currently, consumer prices are rising at a pace in excess of 5% on an annual basis and rates are still at zero.

The question is to what extent this inflation is 'transitory' and how long it will take to settle back.

The ECB is of the view that inflation will fall back to below the 2% target, where it aims to keep inflation, and that this could happen fairly rapidly.

"I think maybe two rate rises based on what Christine Lagarde is saying," Frank Conway says.

However, he cautioned that if it goes beyond the two rate hikes, all bets are off.

"One thing I'd be worried about is that the narrative has become a bit more cautious in the last week or so and that's feeding into concerns that inflation could be more long term and if it starts feeding into wages, it becomes a bit more entrenched," he said.

However, rates going to 4 or 5% looks very unlikely, he believes. On that basis, it all comes down to an individual's appetite for risk.

"If you've a tracker, you still have very good value for money. Money is still very cheap and if it goes up 0.5% it's still very cheap. If you would sleep better and it's an emotional issue, then lock in. You won't go wrong with 3 to 5 years fixed," Mr Conway advised.

After almost a decade of low rates and cheap money, the financial backdrop for households looks to be changing.

Whether the change will be temporary or longer lasting is anyone's guess.

Failure to invest in physics R&D could cost 80,000 jobs