Just over a quarter of first-time buyers of homes were aged 30 or under last year, according to an analysis of data carried out by the Banking and Payments Federation.

That represents a halving of the proportion in 2004 when six in ten people taking out mortgages for the first time were in that age cohort.

Using statistics from the Department of Housing, Local Government & Heritage, the BPFI study also found that those moving house - generally "trading up" - are getting older too.

The proportion of mover-purchasers aged 35 or under declined from one third of those taking out mortgages in 2012 to 17% last year.

The report concludes that a number of factors may be driving the ageing of home buyers, with major life events that have prompted household formation - especially marriage and having children - occurring later in life.

The period under study coincides with a property bubble followed by a major crash in prices and the subsequent recovery in the housing market to levels now that are comparable to the peak in early 2007.

The report also examines variations in drawdown volumes as well as mortgage repayments by region around the country.

The median monthly mortgage repayment for first-time buyers in the first six months of this year was €841.

That was more than €300 less than that for a mover-purchaser.

Dublin, the county with the highest property prices, had the highest median repayment for first-time buyers of €1,107, followed by Wicklow at €1,054, Kildare - where the median is €976 - and Meath, where it stands at €942.

The counties with the two biggest cities outside Dublin - Cork and Galway - had median repayments between €800 and €900.

All other regions had median repayments of less than €730. 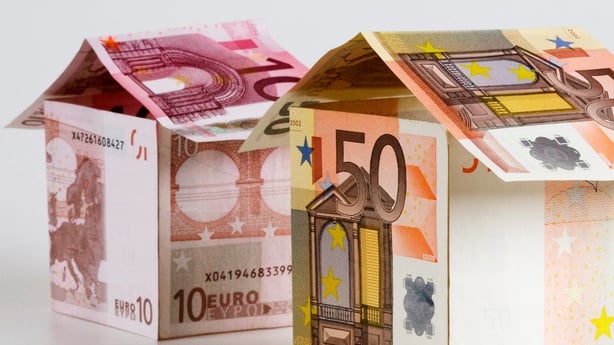 The mortgage market has staged a strong recovery from the slowdown witnessed at the onset of the pandemic and is already back at 2019 levels.

The BPFI figures show that drawdowns for homeowners - first-time buyers and mover-purchasers - rose by almost a quarter (23%) year on year in the first six months of this year to more than 14,000.

That was similar to the level of drawdowns in the first half of 2019.

First-time buyers continue to account for the bulk of the activity with over two thirds of the drawdowns in the first half of the year.

Brian Hayes, chief executive of the Banking & Payments Federation said the figures, while welcome, contained some cause for caution.

"The impact of Covid-19 restrictions continues to be felt on home loans for new properties, with existing houses accounting for close to 50% of the first-time buyer market, who in themselves account for a large majority of the overall mortgage market," he explained.

"It's encouraging, however, to see from the latest CSO and Department of Housing figures that there were more than 24,000 housing starts and almost 14,000 completions in the first nine months of this year," he added.

Almost 22,000 mortgages were approved for first-time buyers and almost 10,000 for mover purchasers in that same period.

Today, the Central Bank left its mortgage rules unchanged however it will now let banks carry forward above-limit loans approved from one calendar year to the next.

Tax revenue to end of September just under €58bn