Small and medium sized food companies in Ireland are being hit with input cost rises of almost 30%, according to research from the representative group Love Irish Food.

Companies said costs were rising across the board, but the most significant hikes were being experienced in the areas of transportation, followed by raw materials and energy prices.

The increases in transport prices related mainly to the cost of exporting goods, but the cost of transporting within Ireland also increased.

Companies reported that their insurance costs have been rising, but to a lesser extent that the other categories.

Although inflation is running at in excess of 5% in Ireland, according to the latest CSO figures, food prices have been rising at a more muted rate of 0.6% year on year.

Kieran Rumley, Executive Director of Love Irish Food said those cost pressures are likely to be passed onto consumers eventually.

"We will see movement in relation to food price increases over the coming months. That is most certainly the case," he said.

Mr Rumley said food companies should first look to improving efficiency, reducing costs and reducing their support budgets before moving to increase their prices to retailers.

"Retailers too are faced with increased costs from the pandemic," he said.

Food companies are also concerned about the impact of labour shortages across the wider economy.

4 in 5 SMEs surveyed by Love Irish Food said they anticipated challenges in recruiting qualified and trained staff next year.

A similar proportion expect that retaining current staff will be a challenge.

Many companies report that they are having to prioritise core ranges of goods in an effort to offset labour problems.

"The twin challenges of rising input costs and significant labour shortages have the potential to cause serious disruption on the food and drink industry in 2022," Kieran Rumley said.

He indicated that the Pandemic Unemployment Payment was acting as a barrier to recruitment.

"If we could see a return of people from the PUP into the labour force, that would greatly alleviate the situation," he said.

Meanwhile, a survey by Food and Drink Ireland (FDI) has found that 42% of food and drink producers have seen the cost of raw materials rise by 20% or more over the past year, up from 15% in July.

69% have experienced a 20% or greater rise in the cost of energy during the last 12 months, while 51% said their packaging costs have risen by a fifth or more.

39% said transport and shipping costs have rise by 20% or greater over the past year, up from 26% in July.

"The rate of cost inflation in the sector continues to rise across all the main inputs and this is now increasingly accompanied by supply shortages of these inputs," said Paul Kelly, FDI Director.

"Our survey results are showing that cost inflation and also shortages of key inputs are worsening. Whilst food and drink manufacturers work tirelessly to absorb increases within their businesses, rising inflation in commodity prices can quickly erode producers' margins if they aim at keeping consumer prices down." 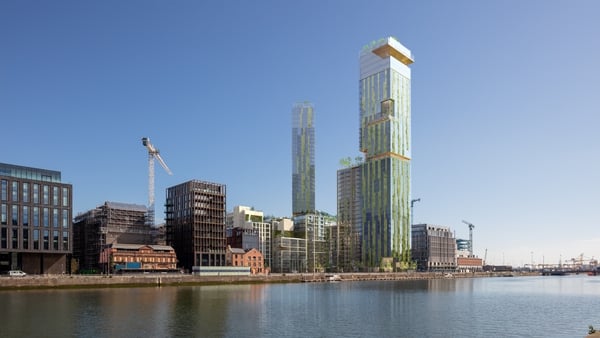