The four-day trade mission, visiting Riyadh and Dubai, will support the accelerated export-led recovery of Irish businesses in the Gulf region.

Concerns persist about doing business with Saudi Arabia in light of the kingdom's human rights abuses.

"The role of Enterprise Ireland is to grow exports, sustain jobs and companies around the country, and the 60 companies that are traveling out on this mission cover every corner of Ireland, and that's the key in terms of our activity here," Mr Fahy said.

Growth in exports by Irish companies to the UAE and Saudi Arabia last year, even against the backdrop of the pandemic, increased by 12% and 6% respectively.

"It's a very important market for our third level sector," Mr Fahy said. "For example, we have over 1,200 students studying in Ireland and we hope to double that.

"There's huge potential in the region for education and traditionally that would be from the medical side. Every time you turn a corner here, you meet a doctor who has studied in Ireland," he said.

The mission aligns with Ireland's participation in EXPO2020 Dubai. Twelve Enterprise Ireland client companies including Dublin Aerospace, Botany Weaving, DAAI, Aero Inspection and Shannon IASC are exhibiting at the Dubai Airshow, one of the biggest aviation trade shows in the world.

The mission is also the first high-level Ministerial trade mission to Saudi Arabia in over half a decade.

Tánaiste Leo Varadkar said the trade mission will be about strengthening the opportunities and growing market share for Irish companies.

"Trade will be crucial to our recovery and now after Brexit, it’s more important than ever for Irish companies to diversify and explore new markets for their goods and services," he added. 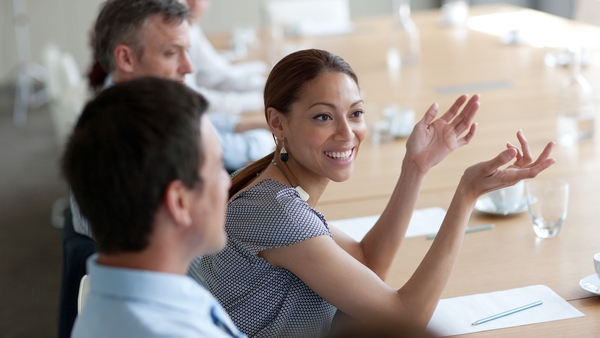