The Irish services sector continued to grow strongly in August, according to AIB's Purchasing Managers' Index.

The monthly measure of activity in the sector shows further rapid increases in both new and outstanding business last month.

While total services output expanded at a slower rate than in July, it was still the second-strongest since the start of 2016.

The month-on-month rate of expansion slowed for the first time in the current six-month growth sequence.

Companies in the sector posted another rise in employment levels - for a sixth consecutive month.

However, cost pressures continued to build, with input price inflation the highest since December 2000.

This saw prices charged to customers increase at their fastest pace since October 2000.

Activity is measured on a scale of 1 to 100 with any figure greater than 50 pointing to expansion in a particular sector. 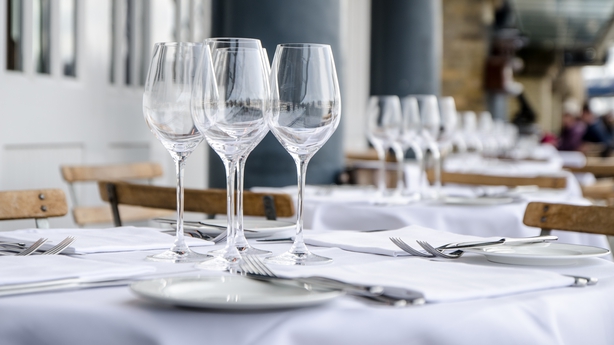 "The index has now been above 60 for four consecutive months, highlighting the very sharp rebound in activity for the sector as pent-up demand continued to be released amid the easing of Covid-19 restrictions," said Oliver Mangan, AIB Chief Economist.

"Indeed, against this backdrop, new business rose for a sixth month running, with the rate of growth representing its third fastest in the last four-and-a-half years," he added.

The PMI shows that were was another solid performance from external demand, as Mr Mangan explained.

"New export orders continued to expand, with part of this attributed to opportunities arising from Brexit, as well as the lifting of restrictions in other countries," he said.

The rebound in business activity in the services industry continued to be broad-based, with all four sub-sectors recording solid growth in the month.

The strongest growth was recorded in the Technology, Media and Telecoms sector.

New business rose for the sixth month running in August as pent-up demand continued to be released with the lifting of Covid restrictions.

The data shows that the 12-month outlook for business activity in the Irish services economy improved in August.

Around 58% of firms expect higher activity by next August, linked to returning confidence and more 'normal' trading conditions with the full removal of Covid restrictions.