With almost two thirds of those under the age of 25 who are not in education unemployed, the National Youth Council of Ireland is warning that the pandemic could have a ‘scarring effect’ on the career and employment prospects of young people.

The Covid adjusted youth unemployment rate stands at 61.8%, with many young people struggling to find jobs - despite the continued reopening of the economy.

After months of searching, 20-year-old Ashley Chadamoyo Makombe from Dublin said she is exhausted.

While her dream job would be in journalism, she’s been struggling to find any job over the past few months.

"I really have been looking everywhere.

"I will work any job as long as I can get there and back easily enough, the hours are good and the pay is good," she said.

With so many young people out of work, Ashley said she worries about what lies ahead for her generation.

"You’re so limited when you can’t get a job, there’s not a lot for you to do.

"I know when it comes to hiring if they see that you have been unemployed for two years it doesn’t look good on a CV either and that makes it harder to get a job then thereafter, so the idea that so many young people are unemployed at the moment is terrifying," she said.

The Government recently announced plans to help tackle youth unemployment in their Economic Recovery Plan - but the National Youth Council of Ireland says it’s not enough.

"Although the plan makes commitments to support people back to work, our assessment of it is that it is really lacking in detail and it is quite vague," said Marie Claire McAleer, Head of Research and Policy at the NYCI.

Ms McAleer said that some of the elements within the plan look like a "repackaging" of commitments that were made previously.

"I think that given the gravity of the situation and the very high rate of unemployment at present, we need a Government action plan focusing on youth and youth unemployment," she said.

The National Youth Council of Ireland is also calling for the Government to establish a taskforce on youth unemployment; to bring together experts to develop an "evidence based" public policy response.

Ms McAleer said the real danger arises when young people are left unemployed for a long period of time.

"We know from the evidence that the longer a young person is unemployed, it is much harder for them to get back to employment.

"It also has a negative impact on their mental and physical health - and it has a scarring effect on their career and employment prospects," she said. 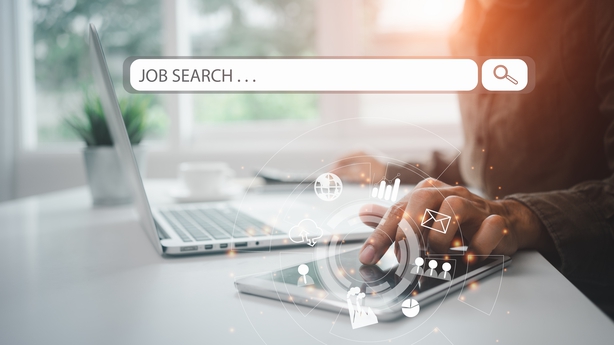 20-year-old Luke Murphy from Co Wicklow lost his job as a lighting technician when the pandemic shut down the events industry in March 2020.

He was unemployed for almost 13 months.

"Personally for me the most difficult part would have been the sudden nothingness," Luke said.

"Before the pandemic I was working near 80-hour weeks, I was seeing lots of people and then literally straight away it was nothing," he said.

Luke had been living in Dublin, but had to move back to his family home in Wicklow.

"8 March 2020 was the last day of work that I had and I didn't get work again until the 6 April this year, so it was a pretty long haul to be honest - it was pretty tough on the mind," he explained.

"I was trying to cope with the fact that not only was I unemployed but my potential career that I put so much work into was non existent."

While Luke was receiving financial support with the Pandemic Unemployment Payment, he believes mental health supports should be more widely available for young people out of work.

"I think that people fail to see that you don’t just need financial support during this time, you need support to not give up looking for work.

"There is a lot of mental strain on people at the moment because there is such an uncertain world out there and I think the Government really need to look at that," he said.

The latest figures from the Department of Social Protection reveal that over 67,000 people under the age of 25 were receiving the Pandemic Unemployment Payment as of Tuesday this week.

While that may seem high, it’s a reduction of over 6,000 on the previous week.

Having recently secured a job as a steward in a vaccination centre, Luke said he is glad to be off the payment and back working.

"It’s great to be off the Pandemic Unemployment Payment and back working.

"I'm optimistic that if the vaccine rollout keeps going the way it is, the future is bright and hopefully most young people will get off the Pandemic Unemployment Payment.

However, Luke said he believes that it is harder for young people to secure employment – and he wants to see that change.

"I think there is a lot of prejudice in society against young people, with some employers thinking that if someone is only 19 or 20 then they wouldn't be as committed to the role or as good at the job as older people - when that is completely wrong.

"There is a lot of goodness in the younger generation, and we are just as employable," he said.