AIB and Bank of Ireland's profitability and ability to sustain interest margins could improve as a result of their planned acquisitions.

That is the view of ratings agency, Fitch, which said both lenders could "strengthen their pricing power and leading positions in certain domestic lending segments" if they complete proposed acquisitions of parts of the loan books of Ulster Bank and KBC respectively.

"This would mitigate the pressure on profitability due to low lending rates, a problem for banks in Ireland and much of western Europe," the agency said.

Last week it emerged that Bank of Ireland had signed a memorandum of understanding with KBC that should see it acquire the €10bn portfolio of performing loans from the Belgian lender, which could result in it exiting the market here.

While AIB has also signed a similar agreement that should lead to it buying Ulster Bank's €4bn corporate and commercial loan book, as parent NatWest winds down its operations in the Republic of Ireland.

Fitch said the Bank of Ireland deal, if approved by competition regulators, would strengthen its leading position in Ireland's residential mortgage lending market, in which it had a 26% share at end-2020.

It also would not impact Bank of Ireland's credit rating as it has "comfortable regulatory common equity Tier 1 ratio to absorb the capital impact."

While the AIB deal would strengthen its already strong SME market share of over 30% and its leadership in certain SME and corporate segments, Fitch said.

"The banks' planned acquisitions would significantly reshape the Irish banking landscape by reducing the number of fully-fledged commercial banks offering full banking services to three from five," it said.

It said this would lead to Bank of Ireland and AIB becoming even more dominant, eventually helping them to "better defend pre-impairment profitability owing to reduced margin pressure given less competition, the possibility of increased pricing power in certain segments, and greater cross-selling opportunities."

But Fitch predicted that overall profitability will be subdued this year pending a return to net lending growth in this country and normalised loan impairment charges as the economic fallout from the pandemic abates.

Meanwhile, Bank of Ireland CEO, Francesca McDonagh, has said the bank has weathered a difficult period and is well positioned.

She said this is despite the negative interest rate environment which has reduced the profitability of all banks that have had previously had an income from deposits and weak credit demand.

"Credit formation has been every muted, even before anyone had heard of Covid-19, despite the growth in the Irish economy," she told The Business Show Rebooting Ireland online conference.

"Because of Brexit…uncertainty and just people not wanting to take on debt, we saw very muted credit formation."

"We were growing our lending but not in line with what you'd expect in a fast-growing GDP market."

She also pointed to the challenge posed by new entrants and ongoing disruption in the sector, as well as price pressure and the increasing cost of investing in new technology.

"So the Irish and European banking model would be challenged before Covid came along and Covid has had a huge impact on every household and business," she said.

"For banking we have entered this crisis in a totally different position to, for example, how we came through the global financial crisis."

"Risk management, balance sheet size and structure and capital position was very strong for Irish banks going into the crisis and I think the sector has weathered a period of uncertainty quite resiliently." 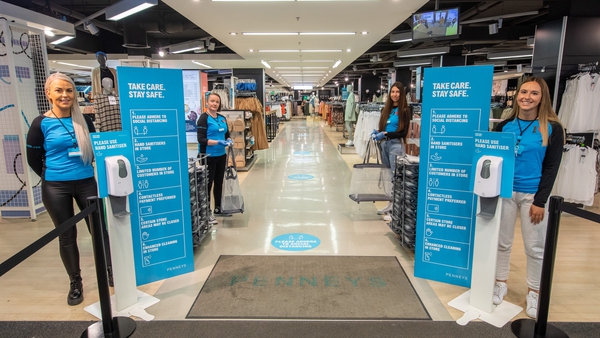