The country's tolled motorway network took a combined €92.7m hit on revenues last year due to the Covid-19 pandemic impact on traffic volumes.

The figures provided to co-leader of the Social Democrats, Catherine Murphy TD by TII show that toll revenues on the country's busiest motorway, the M50 in Dublin reduced by 23% from €158.4m in 2019 to €121.6m last year.

The largest month on month drop on the M50 was May during the first Covid-19 lockdown last year where toll revenues reduced by 68%.

The busiest month of the year was a pre-Covid lockdown month in February where revenues for the 10 tolled routes amounted to €27.8m.

By August toll revenues on the M50 had rebounded to near normal levels as restrictions were loosened up with revenues totalling €11.79m compared to €12m for the same month in 2019.

However, revenues continued to drop for the remainder of 2020 as Covid-19 restrictions were tightened with toll revenues of €9.7m last December compared to €12.43m for December 2019.

Typically, motorists pay a €1.90 charge for tolled roads while Heavy Goods Vehicles (HGV) drivers can pay €6.20 to access tolled routes. The toll charges are paid to privately owned toll consortia who constructed the routes for TII.

The Dublin Port tunnel had the largest percentage drop in tolled revenues where there was a 42% decrease to €12.87m in 2020. 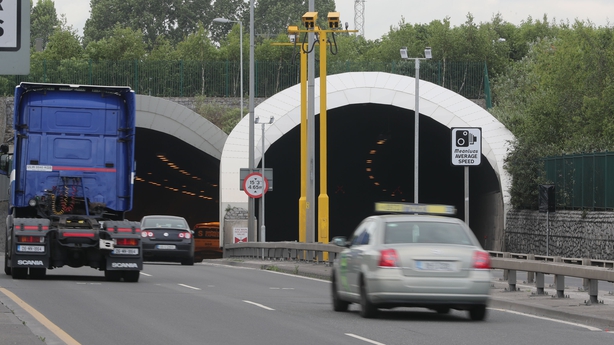 Revenues on the country's second busiest tolled route on the M1 Gormanstown to Monasterboice on the Dublin -Belfast route declined by 25% from €37.58m to €28.24m.

The least trafficked tolled in the country is the Waterford by-pass where toll revenues last year reduced by 19% to €7.3m last year.

Director of Corporate Communications with TII, Sean O’Neill said: "Revenues from TII’s tolling business pay for the M50 upgrade, including the maintenance and operation of the M50 motorway, and contribute to the funding of maintenance of the wider national roads network, including the Dublin Tunnel and the Jack Lynch Tunnel."