Just before Christmas, the UN Human Development Index 2020 ranked Ireland joint second in the World across a range of indicators which measure quality of life, just below Norway.

There was a minor kerfuffle on Twitter. Hurrah, shouted some. Bah, shouted others.

Quality of life means many things to many people. Some aspects are measurable; some not.

One aspect is prosperity. And normally, income is used to measure that. Economists can make a stab at guessing what that is. But not without a lot of disagreements and even more caveats.

The former Governor of the Central Bank, Patrick Honohan, has weighed in on this sometimes topical debate in an informative Economic Letter published by his old employer.

The International Comparison Programme is a data series going back to 1950, managed by the World Bank. It adjusts measures of income across economies around the globe to allow for comparisons.

According to Prof Honohan the latest version of the series, published recently, ranks Ireland fifth out of 182 countries when it comes to GDP per head of population.

If countries with populations of fewer than half a million are stripped out, we're third after Qatar and Singapore.

That makes us number one in Europe.

With admirable understatement, Prof Honohan suggests that "...most people know that Ireland is not really the most prosperous economy in Europe." 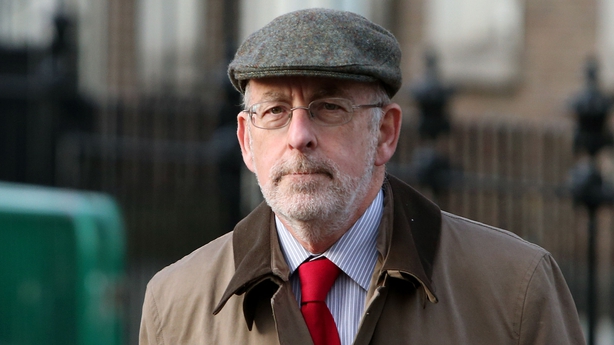 As many know by now GDP or Gross Domestic Product isn’t a reliable indicator of the true state of the Irish economy. That’s because of the distorting effect on the national accounts of the accounting methods used by foreign and Irish multinationals located here.

Gross National Income is an alternative measure. But even that’s been messed up by the practice of some multinationals moving their headquarters here, at least on paper. It’s a practice called 'redomiciling’.

This is why the CSO developed another alternative called GNI* (referred to as GNI Star).

Prof Honohan’s paper points out that in 2019, Ireland’s economy measured by GNI* was 40% smaller than if measured by GDP. In most other other countries, there’s not too much difference between GNI and GDP.

So if GNI* were used to compare us against other economies, we would drop from second in Europe (behind Luxembourg) to eighth.

The paper applies the same method to our stellar joint-second ranking in the UN’s Human Development Index. We drop to ninth place.

The professor delves deeper with yet another, more focused measure called Actual Individual Consumption (AIC) which counts consumption and Government spending on health, education and housing.

On that, we range from eleventh in the old EU28 (including the UK) in the late 90s...up to sixth at the height of the boom in 2007 before dropping to fourteenth in 2009 (best forget that one) and still only managing to scramble to twelfth in 2019.

Ireland’s AIC per capita is still only 95% of the EU average.

Prof Honohan concludes: "...no wonder many questioned the quality and extent of economic recovery even before the pandemic hit."

Measuring our relative prosperity, or even quality of life (whatever it’s defined to be...) is of fundamental importance.

It can influence our support for decisions and calls on how our taxes are spent.

In order to make the best decisions, accurate rather than flattering comparisons work best.

The ABCs of the ECB