A week or two later than they normally would do it, Apple last week launched its suite of new iPhones.

The highest-end offering, the Max won't, however, be available until mid-November.

We've been trying out the iPhone 12 and 12 Pro though, both of which went on sale on Friday, and here’s what we found.

The first big change to the iPhone line-up this year is the look.

Apple has reverted back to the same type of popular design as the iPhone 5 had.

The flat edge stainless steel band has returned, giving the phones clean and sharp lines and making the devices easy to hold.

The rear of the 12 Pro is made of surgical grade stainless steel (aluminium on the 12), covered in a matte glass finish which Apple says it twice as strong in the dreaded drop tests as before.

While the front is covered in a new material called Ceramic Shield – a glass infused with nano ceramic crystals, which Apple claims make it four times more resistant to breakages from dropping than the iPhone 11.

We didn't test that.

The block isn’t flush, so if you want to be able to lay your device flat and not have it wobble, you will need a compatible cover.

The power button remains on the right side, with the volume rocker and vibrate on/off switch on the left.

The lightning connector has been retained for charging and plugging in headphones.

Both the 12 and 12 Pro are exactly the same size, with the 12 a little less heavy by a mere 25 grams, on account of its smaller camera system and a few other tweaks.

The 12 Pro comes in four colours – pacific blue, gold, graphite and silver with five colours to choose from on the 12 - blue, red, green, black and white.

Overall both phones look good and feel comfortable to use, as a result of what has been an effective design refresh. 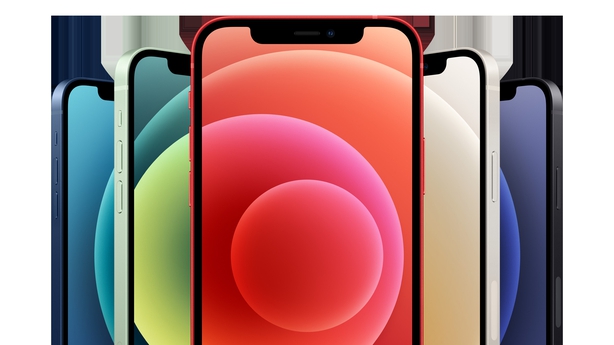 Both devices also use the Super Retina XDR screen – broadly similar to that found on the 11 Pro.

But in both cases it is a bit bigger, with a 6.1inch OLED display versus the 5.8inch iPhone 11 Pro, thanks to tighter borders.

In the case of iPhone 12, this is achieved while still maintaining a smaller overall footprint than the iPhone 11.

The display has a resolution of 2532x1170, as well as High Dynamic Range (HDR) and Apple's True Tone technology.

Twice the number of pixels as was on the iPhone 11, as well as 2,000,000:1 contrast ratio, make for very strong picture and colour definition.

While with up to 1,200 nits of maximum brightness when using HDR, images and text stand out clearly in most viewing conditions.

The combo all makes for a really strong screen experience. Anyone upgrading from an LCD display will notice a huge difference.

Although there is an ongoing question in my mind about whether high end phone displays have reached such a high degree of quality that further incremental improvements in the technology can’t really be noticed.

The new iPhone 12 and 12 Pro are both powered by the latest A14 Bionic chip and 6GB of RAM.

It is the first chip built on 5nm technology and Apple claims it is the fastest ever to be used in a smartphone.

It makes for a very smooth user experience, with slick multi-tasking and app opening.

Certainly in our (albeit brief) experience, the devices will more or less last the day fine on normal use – but may struggle to go right through without a top-up if you are working them particularly hard.

The two phones are also fast charge capable, with up to 50% capacity possible in half an hour using a 20W adapter.

But one big change in this year’s iPhone range release is that you don’t get the charging plug in the box.

There is a charging cable, but in an effort to reduce its environmental footprint, Apple has left out the plug adapter, claiming most people will have one knocking around already.

However, if you don’t have one then it will stick in the craw a bit to have to shell out.

Wireless charging is supported using a Qi pad or the new MagSafe system.

These wireless charging plates have magnets built in, which attach securely to the iPhone back for a more secure connection.

The neural engine is 80% faster, Apple claims, thanks to a boost from 8 to 16 cores.

This helps when it comes to running certain features, like the camera and graphic heavy games.

The big sell when it comes to the new iPhone range is that they are all 5G ready.

Fifth generation networks may still be fairly limited in reach here, but Apple says the new phones have more 5G bands than any other smartphone, allowing the iPhones work in more places.

It is possible though to opt to use just LTE if the user wants to preserve battery life.

All told, the new range is well-powered in most circumstances. 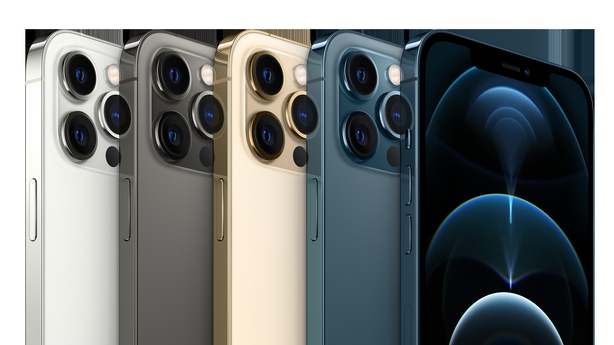 The camera systems rather than the cameras themselves have had a bit of a bump up on the iPhone 12 range.

The Pro remains a triple camera set up, with the same 12MP ultra-wide, wide and telephoto (with 2x optical zoom) options that were on the iPhone 11 Pro. 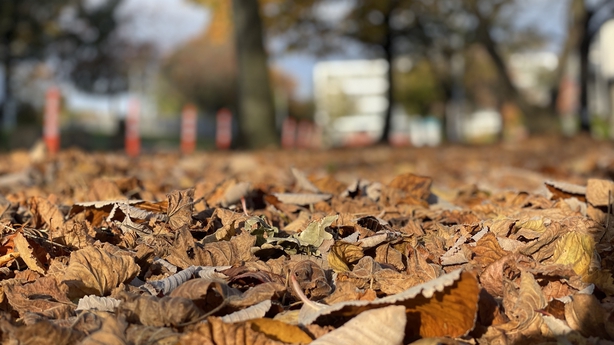 On the 12, you get just the 12MP wide and ultra wide, although the aperture on the wide has been increased to f1.6, which is useful for shooting in dark conditions.

It also enjoys the addition of the first six element lens, which helps improve quality around the edges.

One noticeable improvement is that all the cameras on the iPhone 12 range now feature Night Mode – Apple's computational photography system for taking better images in very low light or darkness.

The Smart HDR feature has also been enhanced to use machine learning to detect and understand different scenes, in theory making them appear as true to life as possible.

A big addition to the Pro model is the LiDAR scanner.

It measures how long it takes for light to reach an object and reflect back, which improves the Augmented Reality credentials of the iPhone.

It also enables faster autofocus in low light, leading to a 6 fold improvement, Apple claims. And it can be noticeable.

The Pro camera setup will also in time (later in the year) allow shots to be captured in ProRAW mode – an image file with all the data that the camera captures – giving the user way more options in editing.

Throw in the existing features like Deep Fusion (which blends multiple frames to make the best overall picture), the optical image stabilisation and the array of different modes like Portrait, Panorama and more, and the result is a really solid imaging set up, particularly on the Pro model. 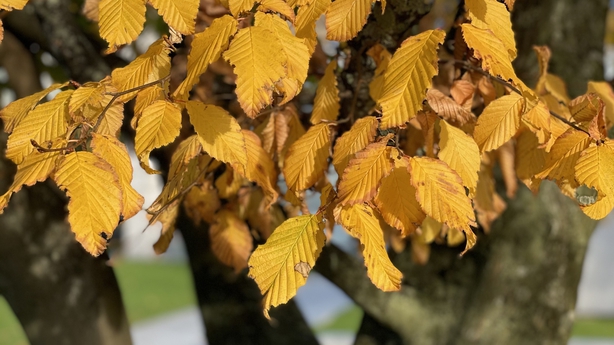 The front facing 12MP TrueDepth camera has also had an overhaul, and now features Deep Fusion and Smart HDR 3.

It can also record HDR 4K video with Dolby Vision, something that's also available on the main cameras on the 12 and 12 Pro alike.

The 12 Pro's main camera can record it at up to 60fps, while on the iPhone 12 and on the front facing cameras it is limited to 30fps.

It means if you are into making video, you have a wealth of choices at a great level of quality.

Both cameras carry an IP68 rating, meaning they can withstand immersion in up to 6 metres of water for a maximum of 30 minutes.

All continue to use FaceID for the main means of security.

But you won’t get headphones in the box anymore, as Apple says people are increasingly using their own.

The two models both support dual-SIM – one physical, one electronic.

Notwithstanding the onward relentless march forward by other manufacturers, including Samsung, Huawei and Google, through the iPhone 12 and 12 Pro Apple continues to hold its place among the best smartphone manufacturers in the world.

There is a lot to like about both devices – the refreshed flat edge design shakes things up in a world of curvy edges. The displays and the camera set ups continue to be class leading or thereabouts. And the addition of 5G is timely.

But it is questionable whether Apple should have dropped the charging adapter and headphones from the box.

The battery life is also ok, but not wonderful.

And starting at €913 for the iPhone 12 and a not insubstantial €1,159 for the 12 Pro, they aren’t exactly the best value at the premium end of the market, when compared to the likes of the Google Pixel 5.

The biggest problem Apple is going to have though is convincing people that the Pro is worth the extra €200+.

Similar in size, performance and looks, the only meaningful differences between the 12 and 12 Pro is the third camera, LiDAR scanner and the option of more storage at a price.

If you are really set on an iPhone and those features matter, then the Pro is a done deal.

But if they don’t then the 12 should more than suffice.

Or if you are looking for more screen and more camera, wait for the Pro Max.

But in that case, just be ready for an even bigger hit to your credit card.