As executives from the Enerpac Tool Group spilled onto the marble balcony of the New York Stock Exchange on the evening of February 19th this year to bring trading to a close with the ringing of the famed stock market bell, the mood was particularly buoyant.

The S&P 500 - the index that tracks the performance of the top 500 US stocks - and the Nasdaq, the index that hosts the big tech names like Facebook, Netflix and Amazon, were both closing at record highs.

Little did they know that the 'bull market', which had been running for over 10 years, was fast running out of steam.

Within days, serious signs of strain would begin to show. Less than a month later, the markets would swap the ‘bull’ for a ‘bear’ - the symbol synonymous with exchanges that have dropped more than 20% in value from their previous highs.

It would be later that month, March 23rd, before the nadir would be reached. The three major exchanges in New York, as well as major stock markets around the world, had shed about a third of their value.

The reason for the carnage on stock markets was, of course, the coronavirus pandemic that was sweeping the globe.

Travel restrictions were being enforced, businesses were shuttering for an indeterminate period and the global trade of goods practically came to a halt.

Global bodies like the UN, the OECD and the IMF were warning of a recession of the magnitude of the Great Depression of the 1930s.

The outlook was very grim. Stock traders and economists were at one in their view of the way ahead.

But then something strange occurred.

While the outlook remained gloomy at the macro level, stock markets really started to gain ground.

No amount of bad news, it appeared, could dim the optimism.

As April came round, companies started to report their results for the first quarter. Most abandoned their forecasts for the year because they simply did not know how things were going to pan out in the world of Covid.

Oil price contracts went negative, because there was an oversupply of crude in a world of little demand, and producers were running out of places to store the product that they were pumping.

But stock market traders - who by their nature are forward looking - had their eyes firmly on the reopening of the economy and they started to buy with relish.

In recent weeks, US markets regained practically all of the losses they sustained in late March. The Nasdaq soared to new highs. The nature of the rebound has been uneven, according to Aidan Donnelly, Head of Equities with Davy stockbrokers.

He pointed to the weeks of pullback where everything was taken down and the selling was indiscriminate.

However, the bounceback on markets has been more targetted, he said, and it's been more pronounced in the US than Europe or elsewhere.

"You've a handful of stocks in the (S&P 500) index that are having a disproportionate impact on the rebound. It's the super five, the big tech names. And maybe another ten names. They're driving a recovery that really isn't happening."

"About 30% of the index is still in bear territory and that's even more apparent on the Nasdaq."

Many of the stocks that did disproportionately well during the shutdown have been dubbed 'stay at home stocks' - the likes of Netflix, Amazon and even Facebook - companies that would have benefitted financially from the lockdown.

However, the recovery has broadened in recent weeks with names that would be considered to be still under a lot of pressure seeing their share prices rise.

Those buying believe that, no matter what, the market is intact, and that confidence appears to be growing among a wider investor base.

"This week's Investors Intelligence Advisors survey shows optimism is now higher than it was in February, at the peak (of the market)."

"The percentage of bullish advisors is up to 57.3%, the highest level since January 21st," he pointed out.

He said the chasm between what the market is pricing in and the emerging numbers around Covid-19 infection rates was growing wider.

He points to car rental company Hertz and the oil company Chesapeake Energy as examples.

Despite having declared or preparing to declare bankruptcy, both their share prices were driven up in recent weeks, mainly by non-professional investors buying the stock.

"Retail investors are supremely confident that every asset will rise in value. They are literally investing in companies that are declaring bankruptcy. This type of activity clearly demonstrates the complacency and optimism frenzy that is occurring now."

Part of the story here is the response of Central Banks to the pandemic.

They unleashed unprecedented stimulus including interest rate cuts and promises to boost the money supply to a degree unseen previously, even in the darkest days of the financial crisis just over a decade ago.

Much of the cheap money sloshing around the financial system finds its way into the hands of investors and they want to get the most out of that money.

There are few places to put the cash now where you can make a decent return, so much of it ends up finding its way into stock markets, thus driving up prices.

"It's not a particularly healthy market to be in," Aidan Donnelly said.

"You have a lot of institutional investors sitting on cash because they can't tally with where the market level is and what companies are telling them in terms of the economic and profit implications of it. So they're sitting on the sidelines," he explains.

So who exactly is doing the buying?

Arguably the most famous and successful investor in the world today is Warren Buffet, who has a net worth in excess of $70 billion.

So, was Mr Buffett greedy when the market collapsed by over 30% in March?

Not if you were to go by his address at the annual shareholder meeting of his company, Berkshire Hathaway, in early May.

He told the gathering that the company would sit on its massive cash pile of over $130 billion dollars because 'we don't see anything that attractive to do.'

By sitting on the fence, he and his investment company have missed out on a massive stock market surge that appears to be continuing, barring a few pullbacks here and there.

So has he lost his touch or is 'the Sage' biding his time for another crash?

One retail investor who came to prominence during the pandemic thinks it's the former.

Dave Portnoy, an internet celebrity who swapped sports betting for day trading during the pandemic shutdown, told his 1.5 million Twitter followers that Buffett was 'washed up' and branded himself the 'captain.'

His philosophy is that stocks only go up in value. To emphasise the point, he recently took to picking stocks by pulling scrabble letters out of a bag.

Paul Sommerville said he was one of an army of retail investors, a cohort of which have become 'pump and dump merchants', who drive up the price of beaten down stocks in order to make a quick return.

He summed the situation up as 'the blind, leading the ignorant, leading the naive over the lemming investment cliff.'

But he reserved blame for the Central Banks.

"They have broken the system so profoundly that retail investors are supremely confident that every asset will rise in value," he explained.

So far they've been richly rewarded for that belief.

Where will it all end?

Even the IMF waded into the realms of stock market speculation in recent days.

In its warning about the depth of the economic downturn ahead, it cautioned that stocks could suffer a second meltdown in the event of another global spike in infections, the reintroduction of lockdown measures or an escalation in trade tensions between the US and China.

However, there's been little sign of it materialising so far. Barring a few days of selling here and there, the march has been relentlessly upwards.

Aidan Donnelly said a pullback was likely amid much uncertainty, including an increase of Covid cases in the US and political uncertainty potentially arising from the American elections in November.

He pointed once again to the institutional investors who have stepped back and are perhaps even reducing their positions.

"It's a very dangerous situation in that it (the recovery) is not built on a very firm foundation right now, so you could see a pullback."

He doesn't believe the market will revisit the lows seen in March, however.

"There are three things in the background. One, the Central Banks will step in and protect it if they have to. You have institutional investors sitting on cash. If there's a 10 or 15% pullback, they'll start putting money in. And the hedge funds probably aren't running very long positions in the market, and have plenty of firepower.

"It will be a tempered pullback on the basis that there is plenty of money sitting there and it has nowhere else to go."

Paul Sommerville agrees that a pullback is imminent but was less certain that the selloff would be contained.

"We would expect the confidence and optimism that is ubiquitous to be tested. We would at least expect some downward pressure to emerge and when it does we will need to examine carefully its velocity, veracity and momentum."

One thing he does foresee is an unhappy ending for the retail investors who have piled into the market in recent times, believing the hype that shares only go one way.

"It is likely these new investors are on a very steep learning curve journey that will not end well," he concluded. Why does any of this matter?

Many people who are working today are enrolled in a pension scheme into which they and their employers put a significant amount of money each month.

That money is invested and much of it ends up going into the stock markets.

For anyone who is in what's called a 'defined contribution' pension scheme - and that's the majority of workers now - it's up to the individual to make decisions about how that money is broadly allocated into stocks, bonds, cash and other asset classes like property and commodities.

Workers who are not scheduled to retire in the decade ahead typically leave much of that money on the stock market as it tends to be the highest yielding, but also potentially the most volatile, asset class.

So, after making back the losses sustained in late March, should pension investors now look at pulling some of that money out of the stock market?

Leave well enough alone, is the message from Aidan Donnelly.

"There are plenty of reasons for a pullback, but I could have said the same six weeks ago and the market has inched higher.

"You should always have skin in the game by putting some money to work. If you're not due to retire for 20 years, what do you care about what happens to the market in the next three months?" he asked.

For those who take a more hands on approach to investing and are in it for the thrills and spills, buckle up. It could be a bumpy ride ahead! 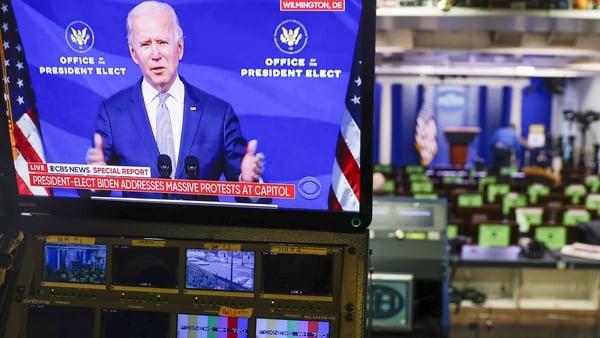 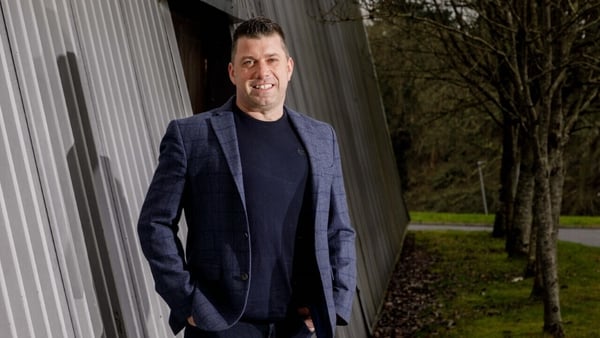 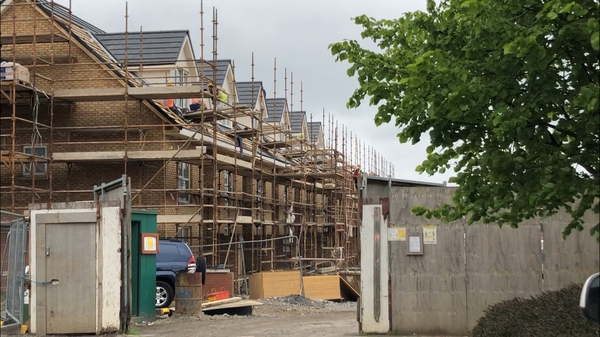