It was a week that provided clarity for the hospitality sector, following the publication of the programme for government and the finalised Fáilte Ireland guidelines for the reopening of pubs.

The Swan Bar is a traditional pub located on Aungier Street in Dublin City Centre.

The premises shut in March when the pandemic hit and has now been closed for almost 14 weeks.

The Swan plans to welcome back customers on the 20th of July, the opening date set by the Government for pubs that don't serve food.

On Wednesday, the new guidelines published by Fáilte Ireland stated that where two-metre physical distancing is not possible, businesses are now allowed to implement a one-metre rule in controlled environments, once other risk mitigation requirements have been met.

Lynch said The Swan now stands "a fighting chance", operating with the one metre rule.

"If we open up with one metre social distancing restrictions we will be at capacity with 35 people in the pub. Generally, we would have 150 people on the premises. Opening with restrictions of two metres would not be a runner at all," he added.

Lynch, who is also Chairman of the Licensed Vintners Association, welcomed the additional supports for the hospitality sector announced in the programme for government document this week, but said it is vital that the supports continue until the sector has fully recovered from the Covid-19 crisis.

He said the sector faces "massive challenges" and welcomed the news that a nighttime economy task force will be set up.

"The creation of a nighttime economy task force is good news for the industry, it is vital that licensing laws are reviewed, as well as trading hours for pubs," he said.

"I'm happy to see that there is a plan going forward, because we have been in the dark for a long time," he said.

McGowan closed the doors on his hotel and restaurant in March.

Since then, the team has been operating a take-away food service and a coffee van from the hotel car park. 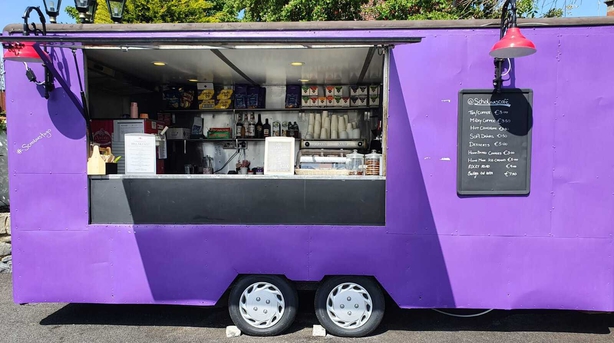 "We usually run a fine dining restaurant, so this is not something we are used to doing, but we are going to continue with the take-away service well into the future and I imagine that the coffee van will be here to stay too," he said.

McGowan, who is also President of the Restaurants Association of Ireland, welcomed the fact that many of the supports it has been lobbying for are contained with the programme for Government document.

However, he called for clarity on the business restart grant, and said a maximum of 10,000 euro is not sufficient.

"On the restart grant, the document is quite vague in that it says there will be a review of the grant. We need financial aid and we need it quick. So I would call for something more solid on that from Government. There are businesses closing all around us, we're in the trenches at the moment. That grant is much higher in the UK," he said.

He also welcomed the news that a nighttime economy task force will be created and called for the wage subsidy scheme to be continued.

"The extension of the wage subsidy scheme is so important to the continuity of our sector. We are hoping that it will stay in place until 2021," he said.