A new Ulster Bank survey shows that 85% of respondents claim that their priorities have changed since Covid-19 restrictions were introduced.

The survey, conducted by Empathy at the end of May, asked 1,050 adults in Ireland, how their attitudes, priorities and value-driven behaviour had changed over the course of the Covid-19 pandemic as well as looking into their post-pandemic future.

Today's survey also revealed that 70% of respondents are worried about the future as a result of Covid-19 with more people worried about their health and the health of people in their family (50%) than a recession (24%). 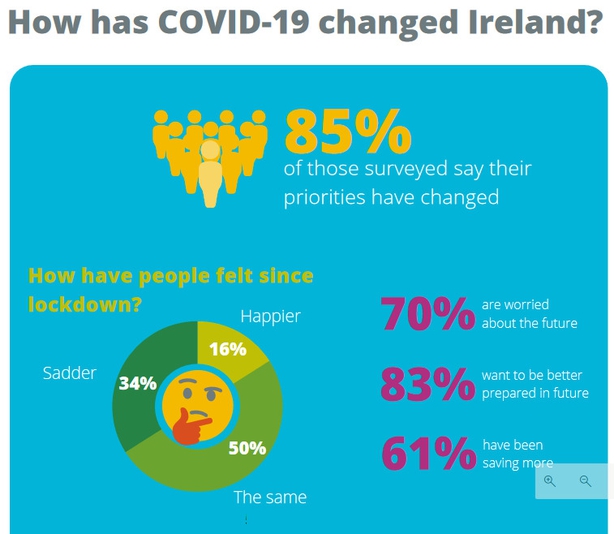 Only 11% of people would consider moving to another part of the country as a result of remote working, with most people worried about broadband (72%), the survey showed.

The survey also shows that 45% of respondents who were employed pre-restrictions are working more hours, 35% are working less hours and 19% are working the same hours. 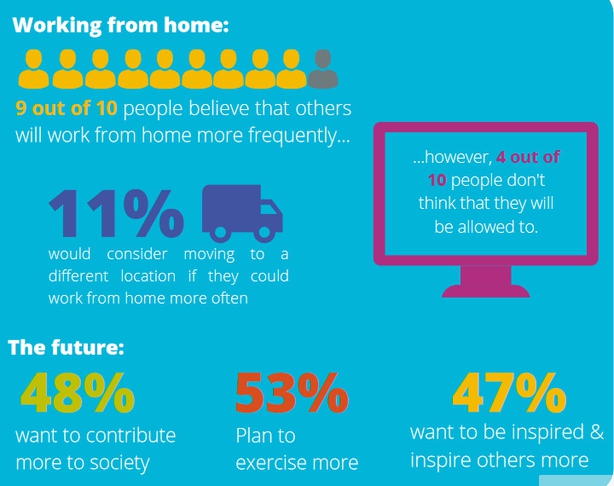 Ulster Bank said that 61% of respondents claimed that they have managed to save more since the introduction of restrictions, with those aged 18-24 (82%) most likely to be saving more and those aged 35-44 (49%) least likely to be doing so.

54% of those who have managed to save more during the pandemic claim that they are keeping their savings for a rainy day.

Ulster Bank's chief executive Jane Howard said the survey says that while people are worried about health and the prospect of economic recession, they are also feeling somewhat hopeful about their future while almost half of respondents want to be inspired or inspire others.

"Although, we know that not everybody is feeling optimistic, it is heartening to see that  people have tried to be more sustainable and focus more on their families, all while adjusting to huge changes in their lives," Jane Howard said.

"This pandemic has changed us all - we want to be tuned into that change - how we move forward as a society, is a conversation that everyone, including banks, has a stake in," the CEO added.