Can creative sparks fly through plexiglass? Is the water cooler chat a thing of the past?

Company bosses preparing to reopen offices closed due to the coronavirus pandemic are contemplating radical changes to the workplace to keep staff safe.

Hand sanitisers and thermal scanners are just the start. Some firms are considering remodelling their offices to minimise the risk of a second wave of infections. Long rows of desks may be out, work stations sheathed with glass sneeze guards may be in.

As he prepares to return thousands of staff to offices across Italy, Davide Sala, Pirelli's HR boss, is applying practices already adopted in the tyre company's operations in China.

The changes included temperature tests, face masks and more space between desks that allowed the group to resume at least some office work. 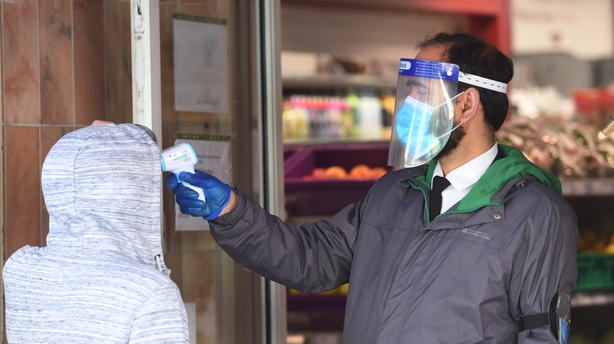 "We're going to use the China model elsewhere," Sala said. "There will be more space for staff, fewer people in rooms and the layout of the offices will have to change."

Sala is looking at whether to designate staircases for entry and exit, limit lift use to one person, introduce a shift system for lunch, stagger work times while also having people still work from home and re-imagining desk layouts.

"The real break with the past will be in redesigning the offices," he said.

China is ahead of most of the world in lifting restrictions put in place to slow the spread of the virus and Pirelli is one of many multi-national companies to have tested post-lockdown measures there.

How radical and permanent those changes are is not yet known, as scientists struggle to fully understand the virus and drug companies strive to find a vaccine that protects people.

But strategies deployed by companies including WPP, Rentokil Initial and PageGroup show how a typical 9-5 day at a hot desk in a packed building will not be resuming when governments globally give the green light for offices to reopen.

"What we can say with confidence is that more people will be working from home in the future, and I think we can say we'll still have offices," he said.

Almost all WPP's 107,000 staff have been working from home since mid-March. In China, it has slowly introduced its 7,000 staff back to its 50 offices over the past two months after a four-week shutdown. 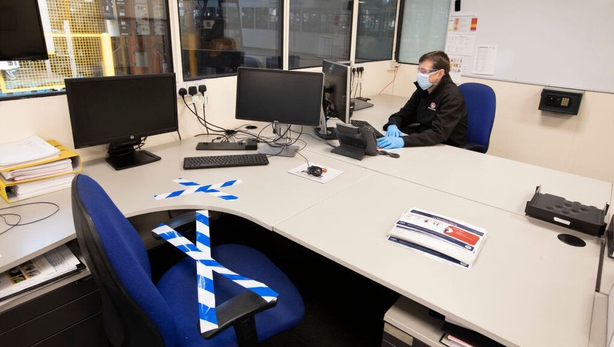 WPP has also adopted flexible working hours, limited the number of people in lifts and, with the canteen buffet off the menu, staff are bringing in their own food.

PageGroup, the UK-listed recruitment company, has set aside one entrance at offices in China where staff line up each day for a temperature check and to collect a mask, Rupert Forster, managing director of the China business, said.

The company is also encouraging people to bring in their own lunch to avoid busy communal areas and is minimising large group meetings.

Those measures will form the blueprint for the management team overseeing the return of some 7,500 staff to other offices, Forster said.

A similar story is being seen elsewhere.

Since reopening its seven main branches in China last month, Rentokil's 600 staff stay in the office for about 4-5 hours a day, a spokesperson said. It has also rejigged seating plans, making sure there is an empty seat between each desk.

International real estate company Cushman & Wakefield, which has overseen the return of almost a million people to offices in China, has come up with a visible workplace design to help clients prepare their employees for the six feet rule of social distancing.

"It comes down to some basic concepts, things like coloured carpet or, in a less sophisticated or expensive application, taping off what six feet workstations look like. So it's very visual," said Bill Knightly, who works on the company's Covid-19 taskforce.

In some cases, they are proposing installing plexiglass or some other form of sneeze or cough guards to give additional insurance - a pandemic twist on the old cubicle model. 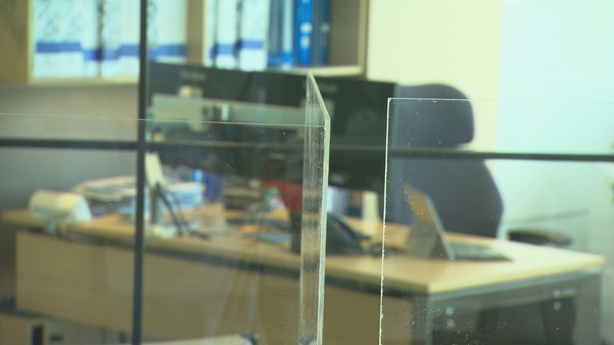 "What we have to watch out for is the unintentional creativity and watercooler discussions. You lose that," said Hauke Engel, partner at McKinsey's sustainability practice.

Some companies are seeking short-term fixes to get through the next few months.

"Companies are hesitant to invest at scale in what may be a transient situation," said Enkel. He declined to give a figure for the size of investment that may be needed.

But others are preparing for a more radical makeover of building design to ensure workplaces can still thrive alongside this virus and any future health threat.

Buildings may have bigger lifts, staircases may be made more pleasant to promote their use, and paint, films and materials that kill viruses may be applied.

"If you need a mask, then you haven't dealt with the problem," said Comber.

At Pirelli, Sala is bracing for those kind of radical structural changes.

He estimates a staggered restart at the company's offices will take four months. Then the second phase will start with architects and consultants advising on how to remodel offices.

He thinks retooling factories was easier. "Redesigning the offices is the real challenge," he stated.