At first, it might seem unlikely that the outbreak of a virus in a city in China could affect business in Ireland, but its potential to do so is significant.

The coronavirus has already rocked global markets and disrupted supply chains. It has closed a recruitment firm in Dublin for two days as a preventative measure, and it has caused a fall in trade in Asian businesses here.

The virus - COVID-19 - has killed hundreds of people, and is hurting the world economy. Irish businesses are not immune.

Ireland is more exposed than it was during the SARS epidemic according to John Whelan, managing partner of international trade consultancy Linkage Partnership.

"Back in 2003 when the SARS epidemic hit, our trade with China was something like €500m in terms of exports," he said. "Last year we had over €8 billion in exports, so it's a much bigger market for us - it's one of our top markets now. So when the Chinese market starts to wobble under the current virus, it has quite severe impacts on a number of sectors."

Wuhan City in the Hubei province is a significant hub in the global supply chain. Carlow-based hydraulic cylinder manufacturer, Burnside Eurocyl, has suppliers in the region. The company has been contacted by its large customers, including JCB and John Deere, asking Burnside to check how its suppliers in China may be affected by the virus.

"We've been in touch with our suppliers there and asked if their factories, and their sub supplier factories, are affected," Robert Byrne, CEO of Burnside Eurocyl explained. "We've also asked them what level of stock they have in China or in warehouses in Europe? When they expect more shipments from China? What actions they're taking to their supply chain?"

The suppliers in China have told Burnside that they are ok, and have identified alternative sources of supply. They have also indicated workers may take time off if the virus spreads. "This doesn't affect us today," Mr Byrne said, "But they are letting people know that they are protecting themselves from late deliveries from force majeure."

The Carlow company, which employs 200 people and has a warehouse in the US, started to increase its inventory levels in December to minimise disruption.

"There was already some elevated levels of stock because a lot of businesses were preparing for the Chinese New Year celebrations when factories would close. By having extra material in the supply chain, it allowed businesses mitigate against the effect of the virus on the supply chain."

Members of the Irish Asian community have reported being discriminated against due to the coronavirus outbreak | Read more: https://t.co/sEDRqmzsaf pic.twitter.com/hEuURi4VR2

Asian businesses in Dublin have reported a drop in trade, which they trace back to the epidemic. Eva Pau is Commercial Director at Asia Market. "A large part of our business is to supply to Asian restaurants and takeaways nationwide. We've been talking to some business owners who have reflected back to us to say that they have seen a huge decline in business especially during the Chinese New Year period.

She said they are seeing a fall in business and fewer customers coming through the door. "I think it's because people are associating the virus with all things Asian and Chinese. It's not just related to Asians. I think non-Asians and anybody travelling in and out of China actually have an effect on it so I think the connection with the virus and China is unfair." 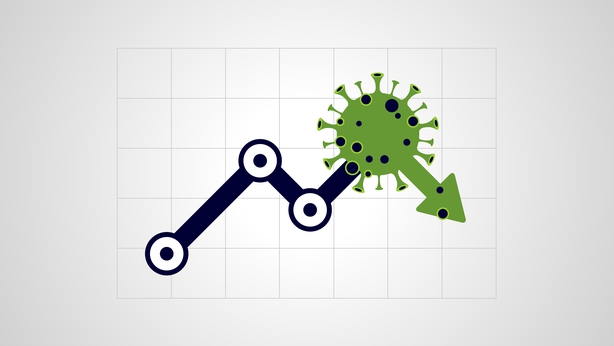 The global markets have been affected by the spread of the coronavirus. It triggered a sharp fall in Chinese shares as markets opened after the Lunar New Year, and a spike in new cases in China weighed on sentiment during the past week.

The Chinese province at the center of the outbreak reported a record rise in deaths on Thursday, and thousands more infections using a new diagnostic method, casting fresh uncertainty over the scale of the virus outbreak.

Niall Dineen, chief investment officer with Appian Asset Management explained that a virus outbreak affects markets because it introduces fear. This was evident during the SARS epidemic as well. "When fear hits the market, you end up with a lot of selling of equities."

"When we look back at what happened with SARS, the equity market moved on once there were signs that the growth of the illness was slowing," Mr Dineen said. "I think the coronavirus will be in the headlines for the next couple of months, but I'd say, in terms of its impact on financial markets, the worst is behind us."

A medtech company in Sandyford, Dublin, that specialises in developing tests for infectious diseases is designing and developing a test kit for the coronavirus.

Hibergene already has 10 diagnostic tests on the global market with "a very high level of accuracy" that improve clinical and economic outcomes.

The company plans to send a prototype of its coronavirus test kit to China in 3 to 4 weeks to test on samples, before clinical tests, and if it receives regulatory approval from the Chinese authorities, Hibergene "can accelerate output very quickly", according to CEO Simona Esposito.

Currently, samples are transported to a laboratory to be tested, and take "several hours or days" to deliver results. If it receives regulatory approval, the Hibergene test kit will test body fluids on site and provide results within an hour.

"Our distribution partners (based in Shenzhen) will start the regulatory approval process," she said.  "We are working towards optimisitic timelines."

The Dublin based recruitment company 'Indeed' has asked all of its Irish employees to work from home until further notice as a precautionary measure due to the coronavirus. Read more: https://t.co/2LfiBh0lag pic.twitter.com/naBItpxXxz

Recruitment company Indeed reopened its Dublin offices on Wednesday after requesting its 1,000 employees work from home, following concerns that a staff member in Singapore may have been exposed to the coronavirus.

There were fears that one of its employees in Singapore may have been exposed to the virus after their family members visited a facility caring for a patient.

Since some employees who visited Singapore had also visited Indeed's Dublin offices, the company asked all employees to work remotely.

Test results showed that the Singapore employee did not have the virus, and the Dublin offices reopened having been closed for two days. 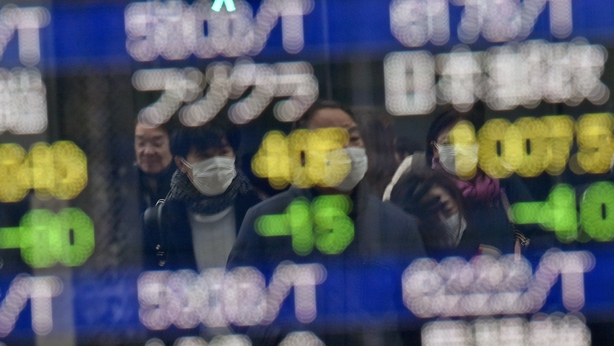 Businesses are in a strong position to counter the outbreak with remote working, as demonstrated by Indeed, according to the Irish SME Association.

ISME does not believe there is cause for concern, but it is advising its members to prepare should the outbreak spread here.

"Irish businesses are in a much better position to counter the outbreak of an influenza epidemic than they were in the past," Chief Executive, Neil McDonnell said, "as they are less dependent on centralised facilities and can allow more people to work from home."

However, many businesses conduct their affairs on a person-to-person basis, where it is more difficult to mitigate the risks of contamination. The business association recommends that business owners adopt basic levels of precaution, including developing a business continuity plan and briefing staff on that plan.

It advises businesses to consider whether they would be in a position to access contractors if some of their workforce was taken ill.

It also recommends discussing contingencies with accountants and banks should there be significant impacts on suppliers or customers. 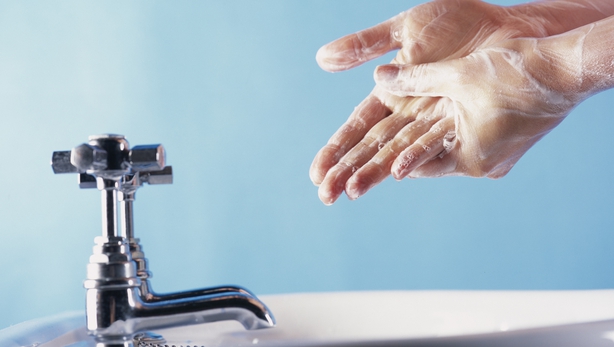 No case of the coronavirus has been confirmed in Ireland.

People who work with the general public should not be overly concerned but it is wise regardless to practice good hand hygiene in the workplace simply by washing your hands frequently with soap and water, or using an alcohol-based hand rub.

When coughing and sneezing, workers and the general public alike, are advised to cover their mouths and nose with a tissue or with a flexed elbow.

The Health Protection Surveillance Centre advises workers dealing with the general public to maintain social distancing - leave at least 1 metre distance between yourself and other people.

Facemasks are not recommended in Irish workplaces for people dealing with the public, because there is no evidence that using masks is of any benefit to people who are not sick. 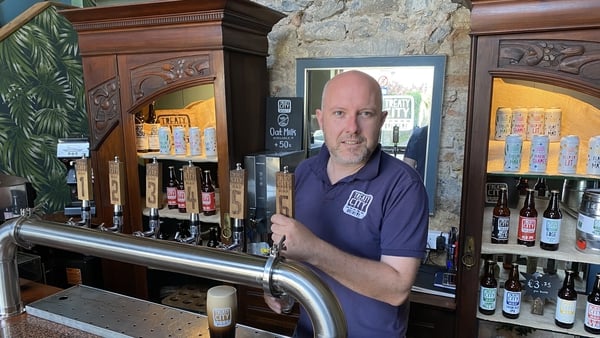 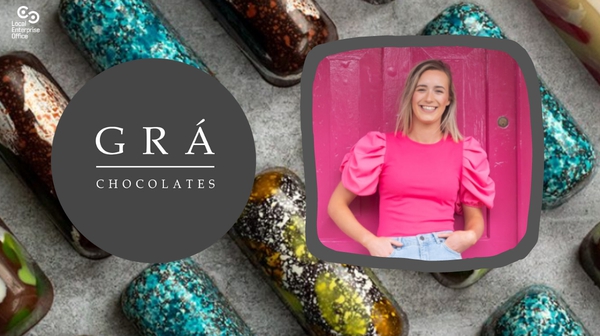 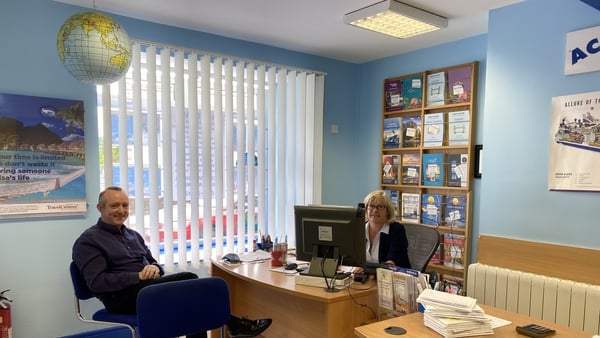 Travel agents are open but not accepting bookings 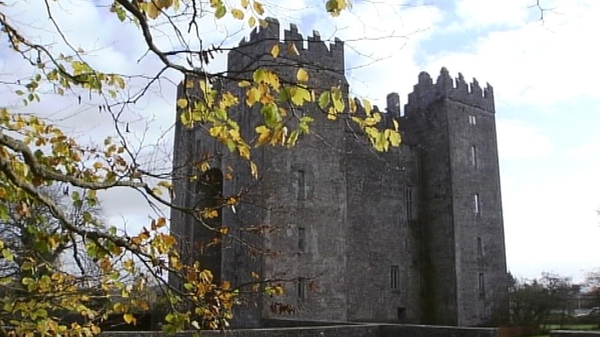