World leaders are due to meet in Scotland for UN-led climate talks in November.

"It's not just green assets and divestment campaigns or certain things are so brown or black. Every company ultimately has to have a plan for a transition and what the opportunities are and where the risks are," Mark Carney said in an interview.

"For Glasgow that must be well on the path. That that is the norm. That the question doesn't even have to be asked because companies are answering that question as part of their strategy," he said.

"And the answer is, it's the transition, stupid," he said, referencing a phrase coined by former US President Bill Clinton's election strategist in reference to the US economy.

Mark Carney was speaking to Reuters a month before he leaves his nearly seven-year posting at the helm of the Bank of England to take a new role as the United Nations' envoy for climate.

The Canadian banker had disarmed the British insurance industry in 2015 when, in a speech called "Tragedy of the Horizon," he warned of their exposure to climate-related events.

He has been one of the most vocal public figures to push for better supervision and disclosure of climate risk.

The Task Force on Climate-related Financial Disclosures (TCFD), which he launched in 2015, has become a global standard that more than 1,000 companies, financial firms, governments and other organisations have adhered to.

The intentions behind it also chime with a shift of emphasis by another leading central banker, European Central Bank President Christine Lagarde.

In her second rate-setting meeting since succeeding Mario Draghi, Lagarde last month launched a broad policy review that plans to incorporate the economic impact of climate change into its monetary framework for the first time.

For the time being, the TCFD remains voluntary, and it can be hard to compare and verify the claims of disclosures.

So hammering out a common set of global reference points on climate-related disclosures is seen by many as a crucial step to helping investors allocate capital more effectively. 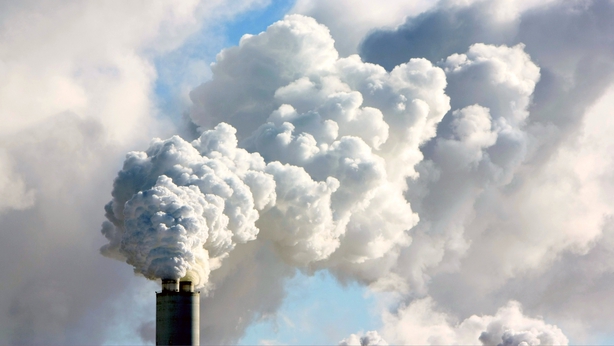 Money would flow to those companies managing the risks - and therefore likely to perform better in the transition to a low-carbon economy - and away from those in danger of being impacted more severely.

Mark Carney said November's COP26 climate talks would also be a good deadline for regulators to map out how to make the TCFD framework compulsory.

"One of the things we will look at ahead at for the COP26 is 'should we have pathways to make the TCFD mandatory?' Not overnight, but through listing requirements or securities regulation disclosure standards," he said.

Such an effort needs to be global, Carney said, encompassing regions laying out their own plans for cutting emissions.

The European Union recently announced a €1 trillion effort become carbon neutral by 2050, a strategy that includes introducing a new climate law by next month.

"It would be productive if other jurisdictions that potentially will have mandatory disclosure standards... used more conventional routes than legislation, such as securities regulations or listing standards. Let's have that conversation," Carney said.

Mr Carney could play an outsized role at November's summit, especially in view of a reshuffle of government and other senior positions by Prime Minister Boris Johnson.

BlackRock, the world's largest money manager with nearly $7 trillion in assets under management, said this month that it would take a tougher view of companies that are not properly disclosing their climate risk.

This week, BP set out one of the oil sector's most ambitious targets for curbing carbon emissions, saying it would reduce its greenhouse gas emissions to net zero by 2050. BP plans to give details later this year.