The third Monday of January is generally recognised as being the gloomiest day of the year with the combination of post Christmas blues, dark nights and the arrival of the credit card bills from the festive spending season.

Frank Conway, founder of Moneywhizz and the Irish Financial Review, has been giving tips on making the month - and hopefully the rest of the year - much brighter - for our wallets at least.

He identified credit card bills as the lowest of the hanging fruit when it comes to pruning our costs and saving money in the new year.

"People who use credit cards to fund Christmas spending often end up carrying a balance which becomes very expensive over time. Those who carry a balance on the card often make a minimum payment and that becomes a compounding interest issue," he explained.

"Someone with a balance of over €500 will probably pay close to €500 for that debt. The trick is to pay it off as an installment loan over four to six months. Instead of paying close to €500 on interest, you'll probably end up paying about €40."

An area where consumers can make considerable savings over the year is by cutting back on food waste. As a country, we dispose of immense amounts of food every year.

"There are practical steps you can take, like packing your lunch for work. Or simply understanding and looking out for best before dates can make a difference. You could try to recycle food through composting and cut down on the waste."

"Itemise your spending. We tend to focus on the spending going in but not what we're losing going out. The average consumer could save €700 to €1,400 per year on reducing food waste."

Then there's the whole area of switching. As a nation, we tend to be desperately loyal to our service providers but there are big savings that can be made from switching providers of various products.

"We've become better at switching car and home insurance but you must remember you can switch providers of almost anything from mortgages to pensions to protection policies. The challenge is to understand how much you're paying on policies."

Using the mortgage example, Frank Conway said there were a number of tricks, other than switching, for reducing payments.

"You can overpay on the mortgage if you've a standard variable or a fixed rate. You probably don't want to overpay a tracker because the loan is so cheap, but you can pay back up to 10% on a fixed rate mortgage and anything on a variable rate mortgage."

On the subject of pensions, he said the 2020s could become a decade of reckoning.

He encouraged people to be aware of the costs associated with pensions, particularly defined contribution schemes, and especially where someone has left an employer and the pension pot still remains with them.

He advised looking closely at the costs of schemes as a reduction in fees would make a huge difference to the overall pot when the worker comes to retirement age. 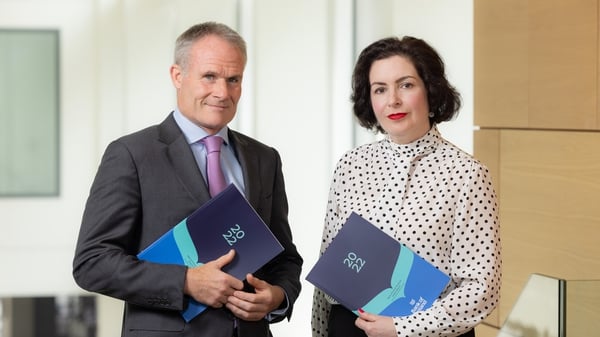