After years of uncertainty, finally Irish business has cause today for a little optimism.

After facing more cliff edges than the hero in an epic survival movie, Irish firms can now take a little comfort from Boris Johnson's comprehensive victory in yesterday's election.

It is a result which should, barring a further unforeseen twist (which can never be ruled out) lead to the passing of the Brexit Withdrawal Agreement in the House of Commons before the January 31st deadline.

That will then herald in the start of the next phase of negotiations on the future trade relationship between the UK and EU.

"As we now look to the long-term relationship for the UK and EU, getting the best deal is going to be far more important than getting a quick deal," said John McGrane, Director-General of the British Irish Chamber of Commerce.

"This will be the most important trade deal that has ever been negotiated by either party and millions of businesses will be looking on as choices are made that will directly impact their trade and the livelihoods of countless employees and communities," Mr McGrane said.

The settling of nerves was immediately apparent in the markets. 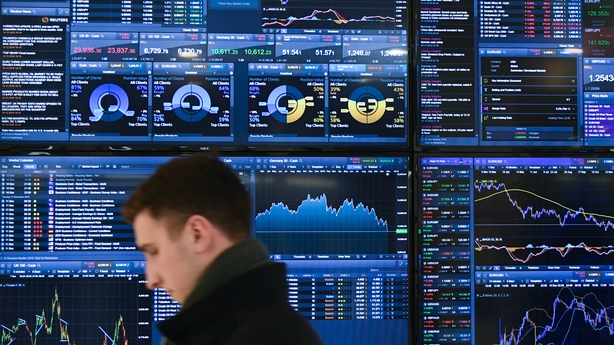 The ISEQ was up almost 3% this lunchtime, led by companies such as Dalata, Bank of Ireland, AIB, Kingspan and Ryanair, all of whom have significant skin in the game in the UK market.

The FTSE is also up by nearly 2%, a little less than the Irish index, reflecting perhaps that the UK markets had already priced in a Conservative overall majority.

Sterling too bounced on the back of the news - strengthening 2% almost immediately after the exit poll results were released last night, its largest intraday movement since 2001.

It has since eased back slightly to around the 83.4 pence to the euro mark by lunchtime.

Overall this is not great news for Irish importers, who will now pay more to buy goods and services coming from the UK.

Nor is it good for Northern Ireland farmers who are selling into euro currency areas.

But it is positive for Irish exporters, whose products will be cheaper in the British market as a result.

"The pound has rallied over 11% against the euro since August and could gain further ground in the coming weeks," said Lee Evans, Head of FX Trading and Strategy at Bank Of Ireland Markets & Treasury.

"However, currency markets will quickly turn their focus to the negotiation of a new EU/UK Free Trade Agreement which could limit sterling strength in the new year," he added.

The currency fluctuations will also prove a pick-me-up for the Irish tourist industry, which has been struggling this year to maintain the flow of British visitors into Ireland.

Latest data from the CSO shows that in the first 10 months of 2019, the inflow of tourists from the UK is up just 1%.

But if the strengthened sterling-euro exchange rate is maintained, Ireland will appear a more attractive and value for money destination for break-seeking British visitors.

The Irish property market, which had been constrained by Brexit uncertainty, is also likely to get a lift.

"Brexit uncertainty has held back the housing market, both pricing and transactions, particularly at the top-end," said Davy's chief economist Conall MacCoille.

"The Bank of Ireland Housing Pulse survey has already shown expectations for house price inflation picking up in November after the October 31st deadline. This trend should continue into 2020", he added.

This in turn should have a knock-on effect for the Irish output in 2020, meaning those reasonably positive orderly-Brexit forecasts from the government, Central Bank and ESRI are all now in play. Just yesterday, the ESRI predicted the economy would expand by 3.3% next year if Brexit stability is maintained - less than the almost 6% it expects this year, but strong and healthy nonetheless.

Strong growth figures for the third quarter of the year, released by the CSO this morning, confirm the trend.

Of course, this does not mean that it is necessarily all plain sailing from here on.

The next phase of Brexit negotiations will be difficult and there is the danger of another cliff-edge at the end of next year, if a trade deal cannot be reached in the interim - albeit less of a steep edge if the withdrawal agreement is adopted.

And so experts say businesses cannot afford to rest on their laurels and must continue preparing.

"Although there’s an understandable feeling of extension exhaustion - with many businesses having already partially implemented preparation plans - there may be many others who have waited for the certainty that today brings to act," said Sean Smith, Brexit lead at Deloitte Ireland.

"There can be no further delay in assessing what reduced access to the UK will mean for their business. Some changes are known, such as the freedom of movement ending. But many - including access to services, tariff arrangements and data management - are all still on the table."

"Time must be spent looking at the content of the withdrawal deal and preparing for the new EU-UK trade arrangements, to be ready for this new relationship that Ireland, and the EU, will have with the United Kingdom," he added.

For firms in the North, there is a strong desire for a good trade deal to be struck quickly, to avoid the terms of the withdrawal agreement kicking in.

"The Prime Minister’s current deal, which effectively gives Northern Ireland two borders, should be a concern for all of us - not just business leaders and employers," said Ann McGregor, Chief Executive of Northern Ireland Chamber of Commerce and Industry.

"Politicians from all parties, and anyone with a vested interest in the Northern Ireland economy, need to recognise the major risks to business growth and job creation and the serious consequences for young people seeking a career in Northern Ireland," Ms McGregor said.

"As long as businesses are held back by Brexit uncertainty, high up-front costs, skills gaps, and poor infrastructure, we can expect growth to be mediocre, at best. At this critical moment, details matter. Government needs to get both the signals and the substance right - and give businesses the confidence to invest," she added.

Others though, including Irish farmers, feel there is little chance of a new trade deal being agreed in the time now available.

"The most pressing risk here is that the transition period will be due to end on December 31st, 2020", said Joe Healy, President of the Irish Farmers’ Association.

"It will be almost impossible to agree a Free Trade Agreement by then. This means that an extension to the transition period is likely to be required. If this extension can’t be agreed, we could face a potential cliff edge on December 31st, 2020," he cautioned.

It should also not be forgotten, however, that while there may now be more certainty in the UK, uncertainty still abounds elsewhere in the global economy, with downside risks for Irish business. 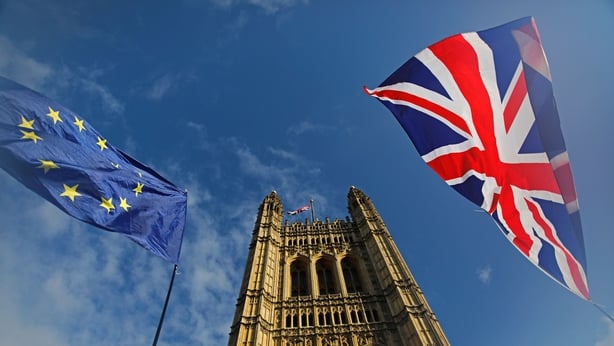 "Investors who avoided UK related assets in the aftermath of the Brexit referendum may be encouraged back to the market after the election result and we expect a positive reaction for domestically orientated UK companies," said Guy Foster, Head of Research at wealth manager Brewin Dolphin.

"However, it is important to keep the general election result in perspective, and prospects for investors are reliant on far more than Brexit alone," he said.

"The US presidential election is less than a year away and it remains to be seen whether Americans will continue to support President Trump's brand of populism, while the US-China trade dispute drags on, and there is civil unrest in Hong Kong," he stated.

"However, in the run-up to the American election we would not be surprised to see the President focusing on strengthening the economy in the short term and coming to an agreement with China, which would give global trade a boost," he added.

So while they can perhaps breathe a sigh of relief today, Irish businesses still face a challenging 2020.