The Central Statistics Office has published its Statistical Yearbook for 2018 which collects a wide variety of facts and figures about Ireland's economy and society.

It has also published snapshots of each county with details on births, deaths, marriages, commuting and more.

The CSO has also published interactive snapshots of each county which highlight differences across the country. 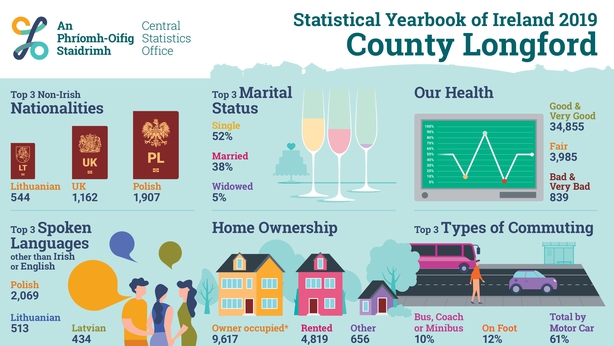 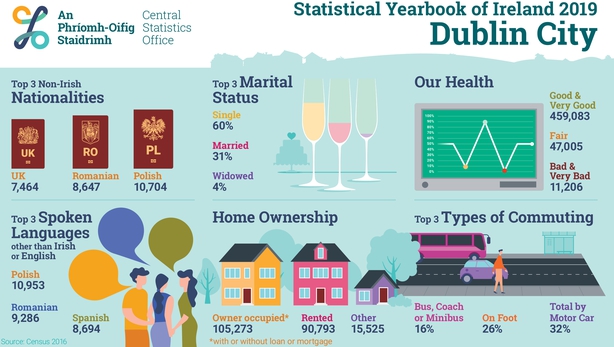 The most common name for baby boys and girls in Donegal is Conor and Grace. In Wexford, it is James and Amelia.

The UK is still the destination for €14 billion worth of exports, but as a percentage of total exports, it has fallen from 12% to 10%.

The UK remains the biggest source of imports, accounting for €18.4 billion or 20% of all goods brought into the country.

The CSO yearbook also finds that there is a huge disparity between the numbers of men and women at the top in the country's big companies.

Almost 93% of company chairpersons were men compared with just 7% women, while amongst senior executives, women occupy on average 28% of roles compared to almost 72% occupied by men.