The Central Bank has warned that a disorderly Brexit and a reduction in the amount of corporation tax collected by the Exchequer could deliver a negative shock to the public finances.

In an Economic Letter published today, the Central Bank has forecast that the national debt could rise by €22 billion over the next five years.

It warns that if a disorderly Brexit and a fall in corporation tax were to happen together, the impact would be worse.

Ireland's national debt is the equivalent of around €42,000 for every man, woman and child in the State -  the highest per capita debt in the eurozone. 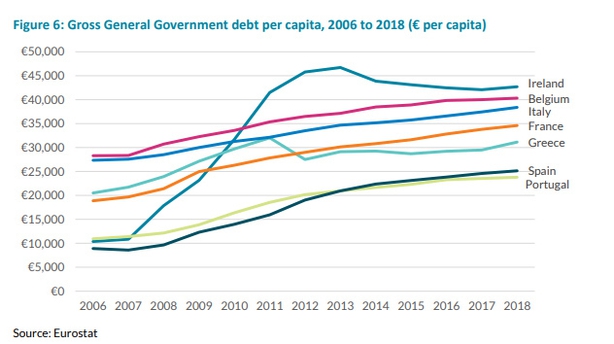 In its Economic Letter today, the Central Bank has pointed out that much of the improvement in managing the national debt over recent years has been due to high growth rates and low interest rates, rather than improvements in the public finances.

If a hard Brexit hits, the Central Bank warned that the national debt could rise by €22 billion over the next five years.

And this does not take into consideration any possible increase in interest rates. 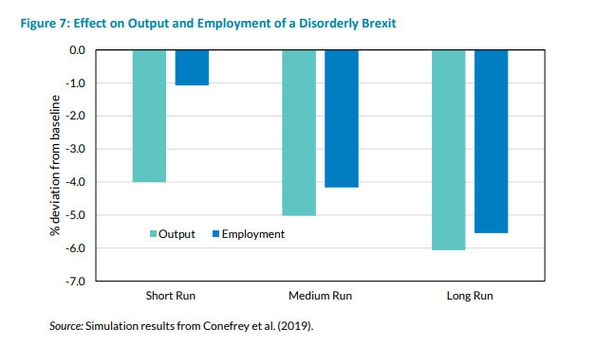 On corporation tax, the Central Bank said it had taken a "conservative" estimate that it could be reduced by €3 billion a year due to changes in tax rules and a slowdown in the world economy.

This would have a similar effect in scale as a hard Brexit and the overall impact would be worse if both were to happen.

The Central Bank also repeated calls for the Government to use any windfall tax receipts this year to reduce the national debt.