In the Star Trek universe there's a device known as the Holodeck, which leverages hyper-futuristic technology to generate a complete virtual reality in which the user can have fantastical experiences.

The Holodeck itself is intelligent, responding to the intuitions of its human operators and crafting an image of reality according to their imagination’s blueprint. The operators need only think and direct.

But the Holodeck is only fiction, a hallucination circa 2036. Right?

"I want to create a scene and I want the scene to be a forest," the artist tells the program.

A forest appears on screen.

"I want it to be winter and summer in my forest scene."

Tree leaves turn a rich green. Small animals populate the forest floor as beams of light cut through the canopy.

"Artomatix does 80-90% of the work in 10% of the time," Joe Blake, CEO of Artomatix, said. "The artist themselves can get into the in the fine detail and don’t have to spend an equal amount of time creating trees as they do on the core character."

Artomatix is the brainchild of Dr Eric Risser, who developed an interest in computer graphics while studying for his PhD in Trinity College. He saw the medium of computer graphics as the perfect opportunity to combine the highly technical capabilities of AI with the artist’s subjective touch. 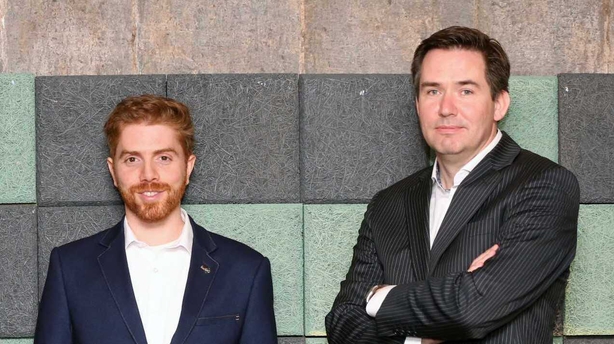 The combination of AI and the artist, Dr Risser predicted, could bring speed and cost efficiency to an understaffed industry.

"The demand for content creation in the 3D world has absolutely exploded," Mr Blake said. "We’re moving form a 2D to a 3D world."

And this shift to 3D extends beyond the entertainment sector.

"If you want to buy a car, buy clothes, buy furniture online now ... everyone you’re looking at is 3D," Mr Blake said.

But the rise demand highlights on a labour shortage.

"The number of artists in the world is not enough to meet that demand," Mr Blake observed.

Artomatix hopes its AI-driven computer graphics technology will mitigate the effects of this labour shortage.

"It’s not uncommon to take four or five years to make a production," he said. "It needs to be cheaper, faster, easier to create content."

The Irish Entreprenurial community and a number of high-profile companies have latched onto Artomatix’s vision.

Receiving support from the organisations such as New Frontiers, the NRDC and Enterprise Ireland,  Artomatix made a smooth transition to market.

It wasn’t long before they drew the eye of industry big shots.

Mr Blake mentioned talks with many of "the large AAA studios, the largest names in the world, companies like Microsoft and Sony." He also confirmed three closed deals, including an agreement with Activision – the company behind major video game titles such as Call of Duty and Destiny.

Artomatix is looking to sell their technology in other sectors as well: furniture, fashion, automotive, etc.

For now, though, Artomatix will "stay focused on the entertainment space, and go from there into the wider market."

"We have a very exciting vision and a very clear mission," Mr Blake said. "We wanted to move faster, but speed is limited by size."

Artomatix, which currently employs 24 people in Dublin, will have to improve their ability to access talent and increasing funding as the company continues to scale up.

Sending AI into the content creation space, a place "where no bot has gone before," is both an exciting and challenging prospect. But, if done successfully, it will surely pay dividends.