Drugmaker AbbVie said today it would buy Botox-maker Allergan for about $63 billion.

The deal sees the company grab control of by far the biggest name in medical aesthetics to help reduce its reliance on blockbuster arthritis treatment Humira.

AbbVie has been under pressure to diversify its portfolio as Humira, the world's best-selling drug, is already in competition with cheaper versions in Europe.

It faces expiration of its patents in 2023 in the US, its most important market.

Humira, which brought in revenue of about $20 billion last year, reported the first fall in quarterly sales in years in the three months from January to March.

Allergan chief executive Brent Saunders, who put together the current version of his company through a series of deals to roll up several pharmaceutical firms in 2014, will join AbbVie's board upon completion of the deal.

Saunders built his reputation as a dealmaker, but Allergan has struggled since Pfizer walked away from a $160 billion deal in 2016. Allergan's shares have lost around half their value since then.

He has been under pressure over the last year to break up or sell the company, with activist investor David Tepper running a campaign to urge Allergan to hire an independent chairman.

Shares of AbbVie have also languished, losing more than a third of their value from highs hit in January 2018 over concerns about competition to Humira.

The deal comes months after Bristol-Myers Squibb agreed to buy Celgene in a $74 billion deal. 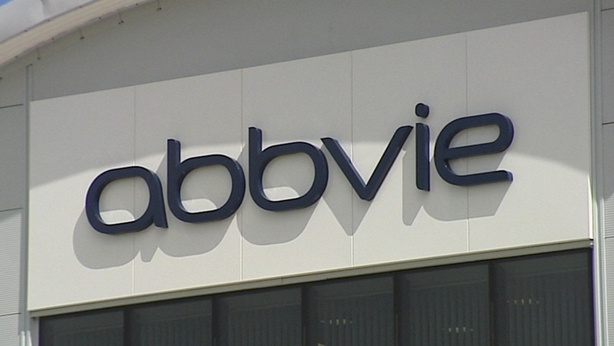 Allergan shareholders will receive 0.8660 AbbVie shares and $120.30 in cash for each share held, for a total consideration of $188.24 per Allergan share.

This is a premium of 45% to the stock's close yesterday. Including debt, the deal values Allergan at $83 billion.

AbbVie's offer price is a far cry from Pfizer's all-stock offer for Allergan that valued the Ireland-based drugmaker at $363.63 per share in 2015.

Analysts said the deal provides AbbVie with a set of assets to help diversify away from Humira at a very reasonable price.

They said that in return, Allergan shareholders get a decent premium to what has been an outrageously low stock price.

The deal is expected to add 10% to adjusted earnings per share over the first full year following the close, the companies said.

The deal was a better-than-expected outcome for Allergan as investors and analysts were expecting a split, Cantor Fitzgerald analyst Louise Chen wrote in a note.

She added that it is unlikely that anyone else will step in and bid for Allergan at this point.

In April, Allergan said it will invest €65m in its Irish operations and will add 63 jobs to its plant in Westport in Co Mayo.

The global life-science company has four plants in Ireland - two in Dublin, one in Mayo and one in Galway - and employs over 2,000 people here.