Airbus has called for a chance to compete for a blockbuster plane order by Aer Lingus owner IAG which stunned industry executives at this week's Paris Airshow by ordering 200 of Boeing's grounded 737 MAX.

Airbus launched a long-range version of its successful A321 jet with 226 orders and commitments in Paris.

But it saw its short-haul position among IAG brands eroded by the huge deal which shores up the embattled 737 MAX.

Boeing's top-selling aircraft has been taken out of service worldwide since an Ethiopian Airlines 737 MAX crashed in March, five months after a Lion Air 737 MAX plunged into the sea off Indonesia.

A total of 346 people died in the two disasters.

Tuesday's huge order, worth more than $24 billion at list prices, was partly seen as an effort to preserve competition between planemakers, damaged by the three-month-old grounding crisis.

But it rattled Airbus which was caught unawares after signing a smaller order for A321XLRs with IAG, including six planes for Aer Lingus.

Wrapping up the world's largest air show today, Airbus publicly voiced its frustration over the deal and urged IAG to run a competition for the planes, which would be deployed at Vueling, Iberia, Aer Lingus, Level and part of BA.

"We would like a chance to compete for that business," commercial head Christian Scherer told reporters, adding that IAG had not issued a formal tender for the narrow-body order.

IAG was not immediately available for comment, but said earlier in the week that it did not comment on negotiations.

The shock announcement of a tentative order for 200 737 MAX jets from IAG dominated the aerospace jamboree and frayed an unusual PR truce between the world's largest planemakers after Airbus publicly refrained from capitalising on the crisis.

Commercial rivalry remains fierce, with Airbus launching its A321XLR - a longer-range version of its hot-selling A321 - to eat into a market that Boeing plans to target with a possible new 220-270-seater, whose launch is already later than expected.

Airbus said it had won 363 orders and commitments including 226 for the A321XLR, and later reported another 10 XLR orders.

Boeing said it was in talks with other airlines for sales of its 737 MAX after the IAG deal. 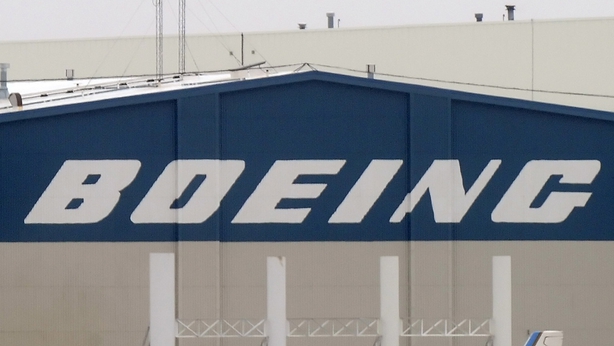 Sales chief Ihssane Mounir dismissed the A321XLR as suitable for only a "sliver" of the market that Boeing hopes to address with its proposed all-new mid-market plane.

The two sides also traded blows over competition for wide-body jets, with each scoring key wins in Asia.

Boeing had opened the show on a sombre note and suffered a further setback when General Electric disclosed a delay of months in supplying engines for the new 777X wide-body aircraft at the start of the show due to a component flaw.

Mounir still expected the world's largest twin-engined plane to fly this year and to be delivered in 2020.