Be careful what you wish for. Two years ago Ireland led the opposition to the EU Digital Tax proposals, championed by France.

A key argument used by the Irish was that without the Americans on board, a purely EU plan for taxing the digital economy would not work. It would be best, they said, if this was done by the OECD.

Back then - and indeed up to the middle of last year - it was assumed that the OECD route was going to be the very slow road to new tax rules, because the Americans would not want to see their digital champions taxed in ways that might have made them less competitive.

But conventional opinion was upended when the US administration decided it was indeed time for the digital giants to pay more - especially to the US Treasury. Washington has thrown its full weight behind the OECD, as indeed has the G20 group of the world’s biggest economies.

The US have also roped in a large swathe of the emerging market and developing countries as well - 129 in all - in a formation called the "Inclusive Framework".

And unlike the EU system (which some defenders of the tax status quo in Ireland have talked up as the bogeyman), there is no veto right in this setting: its big boys rules now.

On Friday the OECD published its plan to surf this wave of support for a digital tax reform.  And the wave is rolling fast. The working parties get going in June.

A first progress report is due in December, and to hit its target end date of December 2020, an outline of the "architecture" of the agreement - based on detailed technical work - will need to be agreed by January.

This, says the OECD, will require "political engagement and endorsement as the issues at stake for members go beyond technical issues and will have an impact on revenues and the overall balance of taxing rights".

So there it is, as plain as day - the right to tax a business activity, and the tax money that flows from that right are at stake in this reform.

The OECD plan comes in two distinct parts, or pillars - the first, a reallocation of taxing rights between market countries (where products, or more likely digital services, are sold) and exporting countries, where most of the taxing rights currently reside - and the second,  a proposal aiming at a minimum global corporation tax rate, including giving countries a right to "tax back" if a company is not considered to be paying enough tax.

Faced with this reality, the Irish Government decided its best bet was to get stuck into the thick of it, and argue its case as best it could in the OECD process.

But if money can flow into the State in an unexpected and unplanned way as a result of changes to OECD rules, it can just as easily flow out again, leaving the Government finances in a real bind - Corporation Tax last year provided almost one Euro in every five of the Government’s tax revenue. 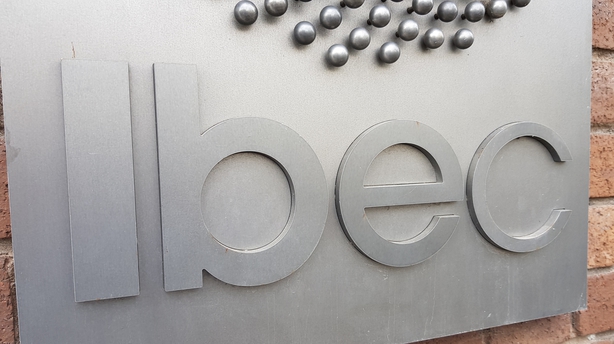 Ibec, the business and employers group, described the OECD roadmap as "the most fundamental change in global corporate tax policy in a century".

Ibec Chief Economist Gerard Brady said: "Proposals under Pillar 1 will mean some re-allocation of taxing rights to larger importing countries and, as a small exporting country, may mean the Irish exchequer will lose a proportion of its corporate tax base. Irish business, however, are more concerned about proposals under Pillar 2 which would introduce a minimum effective corporate tax rate globally.

"It is crucial for small open economies that this rate, if introduced, is set at a level which focuses on addressing actual profit shifting concerns and does not infringe on our right to set competitive tax rates".

In other words, this is a fundamental challenge to the Irish economic development model that is based on attracting Foreign Direct Investment primarily through the tax system and the network of tax treaties Ireland has with other countries.

In the first pillar - the redistribution of taxing rights - the work will examine five different approaches to quantifying the amount of profit that could be reallocated to market economies.

This gets to the heart of the tax dilemma posed by the digital economy - a company can have a huge market position in a country without having any physical presence at all: how and where should it pay tax?

Developing a new non-physical presence nexus rule would allow market/importing countries to tax whatever measure of profits is allocated to them under the new profit allocation rules.

There will also have to be new measures to avoid double taxation, and there is a big administrative hurdle to be overcome - without adding to the cost of doing business.

But the OECD says it will "likely result in the need for new data, documentation and reporting obligations".And this will all need to be reflected in changes to tax treaties.

The new thinking is to propose "a systematic solution designed to ensure that all internationally operating businesses pay a minimum level of tax".

One of the justifications for the minimum effective corporation tax idea is to help developing countries in particular resist pressure from multinationals to grant them sweetheart tax deal that undermine their own tax collecting systems.

It says of the Globally Effective anti-Base Erosion measure - GloBE - that it "could effectively shield developing countries from the pressure to offer inefficient incentives and in doing so help them in better mobilising domestic resources by ensuring that they will be able to effectively tax returns on investment made in their countries.

The proposal therefore seeks to advance a multilateral framework to achieve a balanced outcome which limits the distortive impact of direct taxes on investment and business location decisions.

The proposal is also intended as a backstop to Pillar One for situations where the relevant profit is booked in a tax rate environment below the minimum rate".

So an explicit aim is to limit the influence that low tax rates can have on where multinationals decide to locate business units.

And if the tax advantage is taken away from the Irish FDI offer, we are going to have to come up with something else to tempt in and keep future multinational investment, according to Ibec’s Gerard Brady: "This will require significant investments in areas such as education, innovation, and quality of life which we have failed to make over recent years."

And as if to rub it in to the Irish, the OECD says the minimum global corporation tax measure will be a "backstop" to the profit allocation and taxing right changes in the first pillar.

This is one backstop the Irish are unlikely to fight tooth and nail for.

The game of British politics has just been re-set