Berlin halved its economic growth forecast for 2019 today as Europe's largest economy cools off, but ministers are unlikely to bend to foreign demands to boost activity with extra government spending.

"The federal government expects an increase of 0.5% in gross domestic product (GDP) this year and 1.5%" in 2020, economy minister Peter Altmaier told a press conference in Berlin.

"The German economy has not yet overcome the weakening in the economic upturn" that had been visible until mid-2018, he added, although "over the remainder of the year there are prospects of a significant recovery."

It is the second downgrade in a row, after Altmaier's January prediction of 1% growth for 2019 was 0.8 points lower than an autumn forecast.

A string of local one-off factors including tough new emissions tests on car manufacturers and a drought that lowered water levels in the Rhine inland waterway, also put a brake on activity. 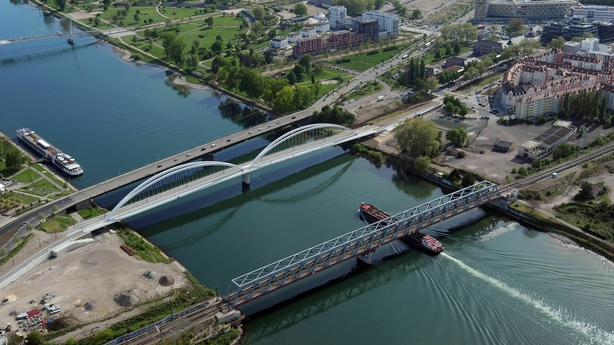 But more structural challenges are also present, including an ageing population and a chronic lack of public investment in infrastructure and high-tech innovations.

The International Monetary Fund, in its April economic outlook, repeated its long-running call for Germany to spend its way out of a downturn.

To avoid the German slowdown contaminating the rest of the euro zone, "the available fiscal space can be used to increase public investment in physical and human capital or reduce the labour tax wedge", the IMF judged.

The Washington-based fund also slashed the country's growth forecast to 0.8%, in line with domestic bodies such as Berlin's "Wise Men" council of economic advisers and leading think-tanks.

So far, Chancellor Angela Merkel's government has fended off demands from abroad to loosen its purse strings.

"We are not in a recession, our growth is slowing," finance minister Olaf Scholz said at a G20 meeting in Washington last week.

Germany's fall to earth began late last year, after growth had hit the comparatively breakneck pace - for Western Europe - of 2.2% in 2017.

After a contraction of 0.2% in July-September, the next three months brought zero growth - allowing Germany to just escape a "technical recession" or two successive quarters of shrinkage.

Across the whole year, the stumbling second half was enough to slow expansion to 1.4%.

In response, "we are investing at record levels in infrastructure, education and research and in backing future technologies like artificial intelligence," Altmaier said today.

IMF European Department chief Poul Thomsen acknowledged the increase amounted to some 0.7% of GDP, but said "we need to see more and keep it coming".

"We have to talk about growth, how we can encourage and strengthen this growth over and above the normal amount," Altmaier allowed.

Altmaier, a close ally of Merkel, suggested tax reform, simplification of bureaucracy and a "hold" on burdensome new regulations until growth perks up again could be up for discussion after Easter.

Looking in more detail at the rest of 2019, the most acute problems have faded but economic indicators now point in different directions.

Anaemic factory orders and production data contrast with rising business and investor confidence, while the public mood remains buoyant, thanks largely to unemployment at its lowest since reunification in 1990 - 4.9%in March.

"The German economy remains a mystery," said economist Carsten Brzeski of ING bank ahead of the government forecast.

But in recent days "the reversal of last year's one-off factors, some encouraging recent evidence from global activity as well as continued solid domestic fundamentals have again brightened the outlook", Brzeski said.

When those effects begin to be reflected in harder economic data, "it could be time for first (tentative) upward revisions" to forecasts, he suggested.