Luxury watchmakers have joined the list of businesses implementing Brexit contingency plans by stockpiling inventory in Britain before it leaves the EU, industry leaders said.

Brands are seeking to guard against "practical problems" that may emerge, including new customs procedures or import backlogs following Brexit.

This is according to the head of the Federation of the Swiss Watch Industry, Jean-Daniel Pasche, who made his comments at the Baselworld watch fair, which wrapped up this week.

Statistics released by the federation this month showed that imports to Britain were up 58% in February, on top of a 24% increase in January.

Oris, a luxury watchmaker that opened a store in London's Mayfair area last year, said it does not normally keep inventory in Britain, preferring to ship pieces to retailers to fill specific orders.

"Nobody really knows what will happen, so we took precautions," he told AFP.

Non-EU member Switzerland and Britain have already signed a pact to preserve future trade relations, including provisions to ensure trade continuity if the UK leaves the bloc without a divorce deal.

That bilateral agreement should ensure that watches imported directly to Britain by plane face no new restrictions, Pasche noted.

But any goods travelling by road will have to pass through the EU and could therefore be held up by long queues at the British border, he said.

Aside from possible import delays, Pasche highlighted another reason why watchmakers want to ensure that London retailers are well-stocked.

If the British pound loses value, that could trigger a post-Brexit buying spree, with high-end shoppers notably in London seeking to benefit from favourable exchange rates, he said.

When the pound's value fell after Britons voted to leave the European Union in 2016, luxury watch retailers saw a surge in sales among tourists, especially from Asia. 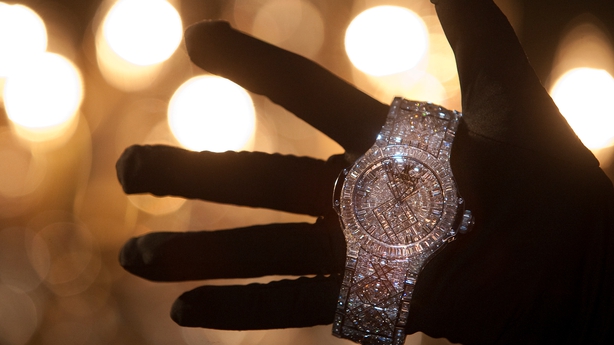 The chief executive of iconic watchmaker Hublot, Ricardo Guadalupe, said that his company has also increased its British-based inventory, describing London as "the locomotive" for the watch business.

Watch firms said the importance of limiting disruptions in London has become all the more vital because of setbacks in Paris caused by the "yellow vest" protesters who have staged weekly demonstrations around France since mid-November.

Hublot's shop at Place Vendome in central Paris has remained closed on Saturdays as demonstrators have taken to the streets over the falling spending-power of the working poor.

Guadalupe noted that traffic in Paris shops has "fallen drastically" amid the demonstrations.

Earlier this month, 91 shops including luxury outlets Bulgari were damaged, burned or looted on the famed Champs-Elysees avenue.

Bulgari's managing director Jean-Christophe Babin said in Basel that the company's employees on the Champs-Elysees had faced "permanent insecurity."

"For our teams, it is extremely stressful," he said.

There are concerns that tourism numbers to France could fall because of the protests, which began over fuel taxes but then snowballed into a revolt against the governing style and policies of President Emmanuel Macron.

Because luxury watch sales are heavily dependent on tourist traffic, most analysts expect watch imports to France to fall sharply over the course of the year.