The pound sank in volatile trading today after Britain's attorney general said the legal risks of a Brexit deal with the European Union had not changed.

This cut the chances of the agreement getting through the British parliament.

Geoffrey Cox said a revised Brexit deal, secured by Prime Minister Theresa May last night with the European Union, had not given Britain legal means of exiting the so-called Irish backstop arrangement.

Markets had pushed the pound to a 22-month high versus the euro higher before the attorney general spoke.

They had expected him to revise his view of the deal and help win over eurosceptic lawmakers in May's Conservative Party before this evening's parliamentary vote on her withdrawal agreement.

With no clear path yet to an orderly British exit from the EU less than three weeks before the official departure date, the pound remains at the mercy of Brexit headlines.

Overnight volatility in the pound shot to its highest since shortly after the Brexit referendum in June 2016.

Britain's parliament voted down May's deal by a record 230 votes in January. 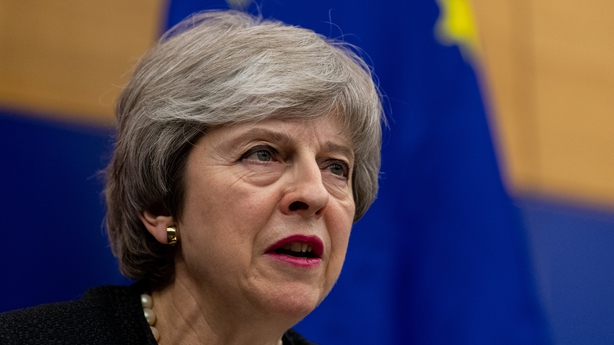 Analysts said earlier that sterling was gaining because whether politicians vote for or against May's deal at the second attempt tonight, the likely outcome will diminish the chances of a potentially chaotic no-deal scenario.

If May loses today's vote, she will face another vote tomorrow on whether parliament wants to leave the EU without a deal, with a majority expected to refuse the "no-deal" scenario as economically disruptive.

A third vote would then be held on Thursday on whether Britain should request from the EU a limited extension of the March 29 Brexit date.

Traders are expecting big swings in the currency around this week's votes, according to a sharp rise in one-week implied volatility.

A higher percentage reflects greater expectations of currency movements over the next seven days.