Mortgage lending recorded its highest growth rate since 2009 during the month of November, according to figures published by the Central Bank, continuing a trend of positive lending seen in recent months. 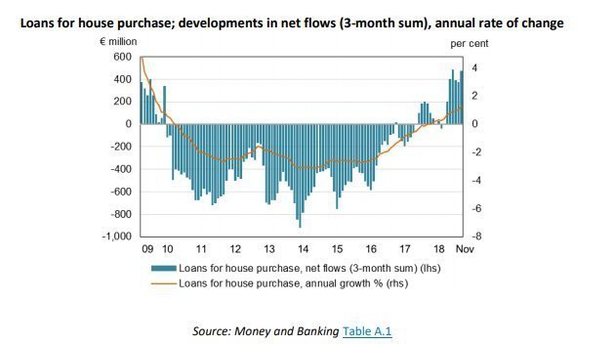 At the same time, total loans to households declined by 1.1% in the year to the end of November.