As 2018 draws to a close, Twitter is reflecting on the year that was: from breaking news, entertainment, sports and conversations. Whatever happens, it also happens on Twitter.

The referendum to repeal the eighth amendment was one of the most discussed topics on Twitter in Ireland this year with #repealthe8th coming in asthe top shared hashtag by Irish people on Twitter.

This was closely followed by discussion around #brexit and the Presidential election, with lots of people joining the conversation using #aras18. This hashtag also unlocked a special Presidential emoji, launched by Twitter, depicting Áras an Uachtaráin with the tricolour.

Irish people love to talk about the weather and 2018 was no different - #beastfromtheeast was the next most popular hashtag of the year. 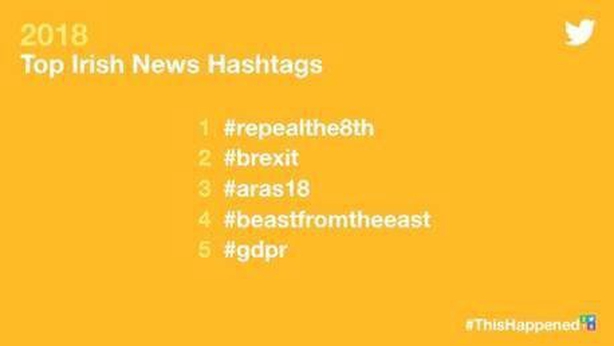 The international stories that had people talking on Twitter included the World Cup and Britain's royal wedding between Prince Harry and Meghan Markle. 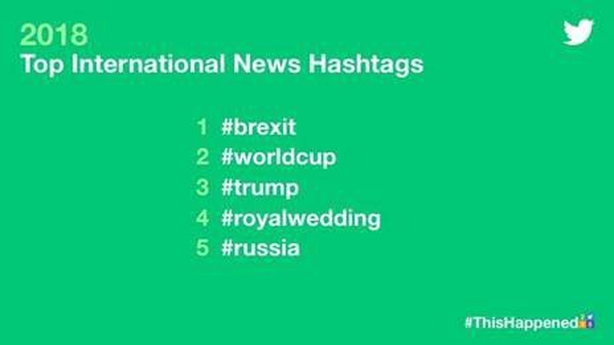 Sport is one of the most hotly debated topics on Twitter, and after the World Cup, Manchester @ManUtd and Liverpool @LFC were the most mentioned sports teams by Irish Twitter users.

Irish rugby @IrishRugby was also up there in the most mentioned, followed by Conor McGregor, @TheNotoriousMMA, and @officialgaa. 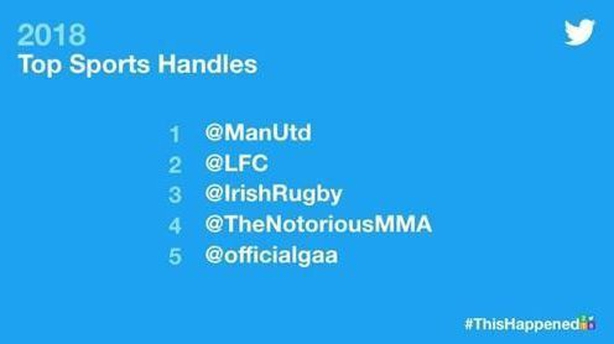 One of the most watched television shows of the year, #LoveIsland, was equally as popular on Twitter. Ireland still loves the Eurovision Song Contest and when Ryan O’Shaughnessy made it through to the final in Lisbon in May, #Eurovision became the second most used television and entertainment hashtag by Irish Tweeters.

The analysis of Irish tweets was done prior to last week's Late Late Toy Show. 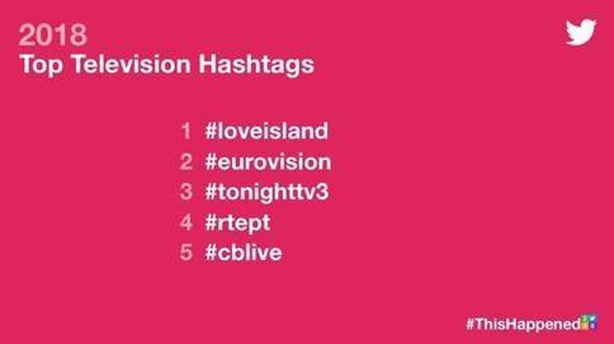 The most popular tweets include tweets about Storm Emma. A heart-warming Tweet from the Mater Hospital about their staff staying overnight showing the dedication of their medical staff personnel, was described by Twitter as a 'golden tweet'.

Many of our amazing hospital staff are sleeping overnight in the Mater so they can care for patients tomorrow. #StormEmma

The country came to a near standstill during the weekend of #beastfromtheeast, with workers staying home and schools and colleges staying closed. The incident of destruction by a JCB at Lidl Fortunestown led the @lidl_ireland account sending a witty Tweet the following Monday morning, which was well received by Irish Twitter users.

So err... anyone do anything nice over the weekend?