However, the campaign teams for the six candidates will also be doing their own count - a financial one - looking at how much they spent and how much the campaign is likely to cost them, and if they're in line to recoup any of their costs.

Let's give them a helping hand...

How much can a candidate spend?

Each of the six candidates was legally allowed to spend up to €750,000 on their campaign, but it is unlikely any of them came anywhere close to that amount.

Last month, RTÉ's This Week programme sent a questionnaire to all six candidates contesting the 2018 Presidential Election campaign and the responses offer an interesting insight into the cost of running a campaign.

It indicated that the incumbent Michael D Higgins expected to spend just under €400,000 on his campaign - the highest amount of any candidate. 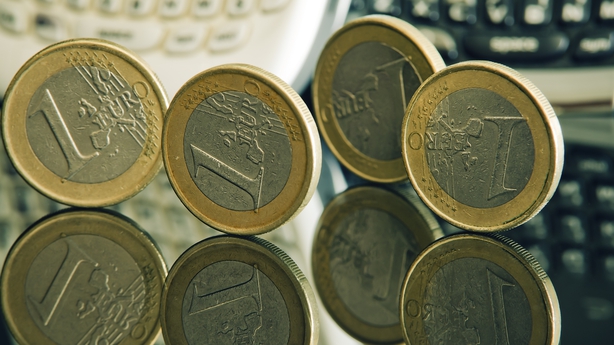 Neither Seán Gallagher nor Peter Casey gave an estimate of what they might spend.

However, on Wednesday Peter Casey published details of his campaign spending showing it had cost him just under €80,000.

In the last presidential election campaign in 2011, the total spent by the seven candidates was €2.3m, with the highest spender Gay Mitchell, whose unsuccessful campaign ended up costing €527,000.

How much can be recouped from the State?

If a candidate gets more than 25% of the quota in the election, they can be reimbursed up to €200,000 from the State.

This essentially means a candidate would need to get over 12.5% of the total vote to be eligible for reimbursement.

In 2011, that magic number was 221,471 votes and three candidates (Michael D Higgins, Seán Gallagher, and Martin McGuinness) exceeded that amount of votes and received the €200,000 reimbursement of costs.

Although all of these three candidates spent at least €300,000 on their 2011 campaigns. 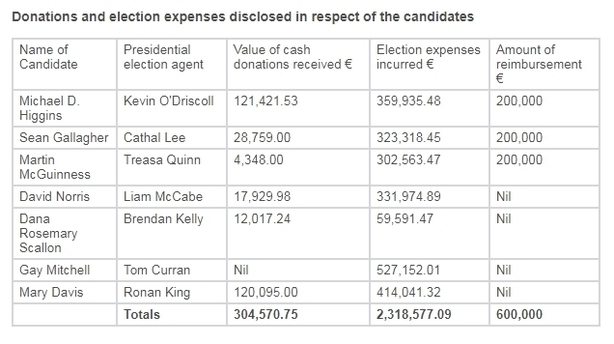 Where is this money spent?

In response to the This Week questionnaire, Michael D Higgins said he would be spending around €130,000 on paid advertising, including posters, press advertising and local radio ads.

Liadh Ní Riada said she would spend at least €90,000 on election posters.

How about spending on posters?

Based on previous elections though, spending on posters can end up being quite expensive.

The average cost of a standard poster you might see on a lamp post with an image and a slogan comes in at around €5.

To give you an idea of how much can be spent on campaign posters, let's take a look at the 2016 General Election. 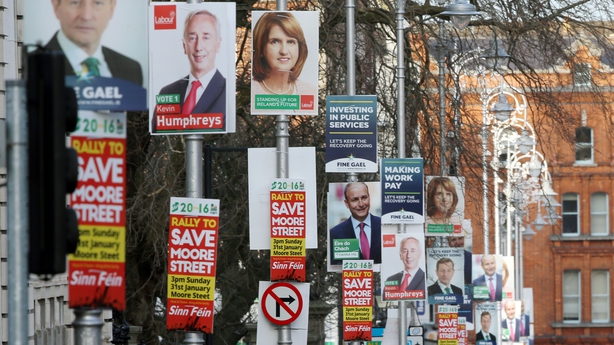 So it's certainly not cheap, and unlike a General Election, in a Presidential Election a candidate is looking for votes all over the country - not just in one constituency.

Interestingly though the presidential race this time around is somewhat of a new departure, with four of the six candidates announcing they would be running a poster-free campaign.

Only Michael D Higgins and Liadh Ní Riada had used posters as part of their campaigns.

The incumbent's campaign said it printed 5,000 Irish and English-language campaign posters, approximately one-quarter of the number used in his 2011 campaign.

Liadh Ní Riada's campaign said it printed in the region of 17,000 posters.

This followed lobbying from interest groups such as Tidy Towns, which do not want numerous posters scattered in obscure locations across the country's villages, towns, and cities.

How have candidates funded their campaigns?

Candidates lucky enough to have a political party backing them can offset much of the personal financial cost of running a campaign.

For example, Sinn Féin candidate Liadh Ní Riada says her party had arranged a bank loan of €200,000 to fund the campaign, with the rest being raised from donations and general fundraising.

Michael D Higgins told This Week he would be funding his campaign "primarily from small individual donations", adding he would also be contributing a significant sum from his personal savings - around €110,000.

Peter Casey said he would be using his own money to fund his campaign, while Gavin Duffy said he was funding his campaign from some fundraising and from his own resources.

Joan Freeman said she was funding her campaign with "two loans and donations from the general public", and some of that is already in the public domain.

Seán Gallagher said his funding includes a mixture of personal funding and donations.

Securing funding to run a campaign is an obvious barrier, as was highlighted by Independent Senator Gerard Craughwell who - after initially putting himself forward as a candidate for the presidency - said in July he would not be contesting the election for financial reasons.

Mr Craughwell said then that he would have to put his family into debt in order to continue his campaign, which he was not prepared to do.

How does this spend compare internationally?

Spending hundreds of thousands on a roughly month-long campaign may seem excessive, but it pales into insignificance when we take a look at the most recent US presidential race.

Granted the American presidency is a much more high-profile position with infinitely more power, and the campaign lasts much, much longer than its Irish equivalent.

But the numbers are still staggering.

In 2016, Hillary Clinton's unsuccessful campaign cost her $768m (€673m) and she outspent the victor, Donald Trump by nearly two to one.

Mr Trump's campaign costs came in at $398m (€349m), which is still more than 872 times what Michael D Higgins planned to spend on his re-election.

The Irish election is much different to the US one, but the sheer scale of the difference in amounts spent is interesting to note nonetheless.