The number of new cars licensed in April fell by 13.9% to 11,557, when compared with the same month last year, however, the number of imported used cars rose by nearly 20% over the same comparative period.

New figures from the Central Statistics Office show 8,671 used cars were imported into the country in April, compared with 7,272 for the same month last year.

The significant fall in the value of sterling since the Brexit vote in June 2016 has made it much more lucrative for Irish secondhand car buyers to travel to the United Kingdom to buy a car.

The euro has gained nearly 15% against the pound since then, going from 76.5p just prior to Brexit to around 87.6p today.

According to the CSO figures, in the first four months of 2018 a total of 69,959 new private cars were licensed, a decrease of 5.7% compared with the same period last year. 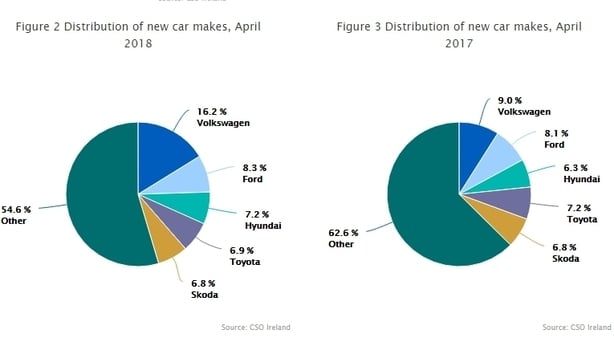