The number of people who are unemployed has decreased by 28,000 since last year, according to the latest figures from the Central Statistics Office.

That trend is continuing month on month, with the figures showing that 2,300 fewer people are unemployed this month compared to last month.

There are currently 141,600 people who are unemployed in Ireland. 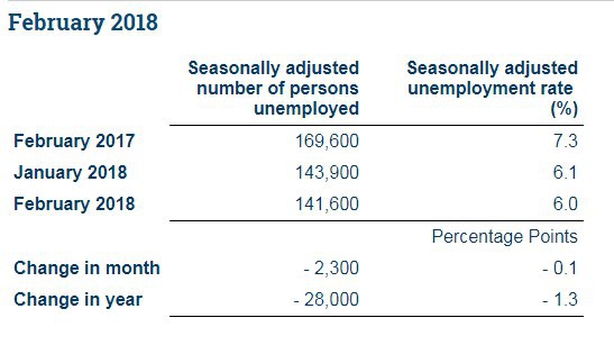 Unemployment had hit a peak of 15.9% in December 2011 during the financial crisis.

The country's jobless rate is also lower than the current euro zone average of 8.7%.