If what goes up must come down then, sadly for borrowers, the opposite is also true in the case of interest rates.

The ultimate cause of recent stock market turmoil is a struggle by investors to predict the pace at which rates will rise from their current historic lows and what the consequences of this will be for asset prices.

For homeowners with either tracker rate or variable rate mortgages the effects are all too easy to understand.

Your monthly repayments will rise. Not 'may' or 'might'. They will. The only question is when.

The consensus is that the European Central Bank’s governing council will wait until 2019 to declare the era of 'cheap money' over and hike rates for the first time since 2011.

In that context the first advice for mortgage holders is to work out how a rise in rates would affect their cash flow.

John Finn, managing director of Treasury Solutions, said it is prudent for borrowers to work out what an increase of up to one percentage point would equate to in terms of monthly repayments.

Nobody expects rates to go up by a whole point in one go. Typically the ECB moves in increments of a quarter of one percentage point.

Once the cycle begins with the first hike, though, homeowners would do well to budget for more than one increase over a one-two year horizon between 2019 and 2021.

For those on trackers the rule of thumb is that an increase in the main ECB refinancing rate - to which the rates on those loans are linked - from its current 0% to 1% would add €50 to the cost of monthly repayments for each €100,000 borrowed, assuming it is a 30-year mortgage term.

Tracker customers at least can content themselves with the knowledge that even when the ECB moves they’ll still be ahead of the curve.

Those on standard variable rates, however, may have some thinking to do. Lenders here have already been trying to tempt both existing and new customers to opt for fixed rates. 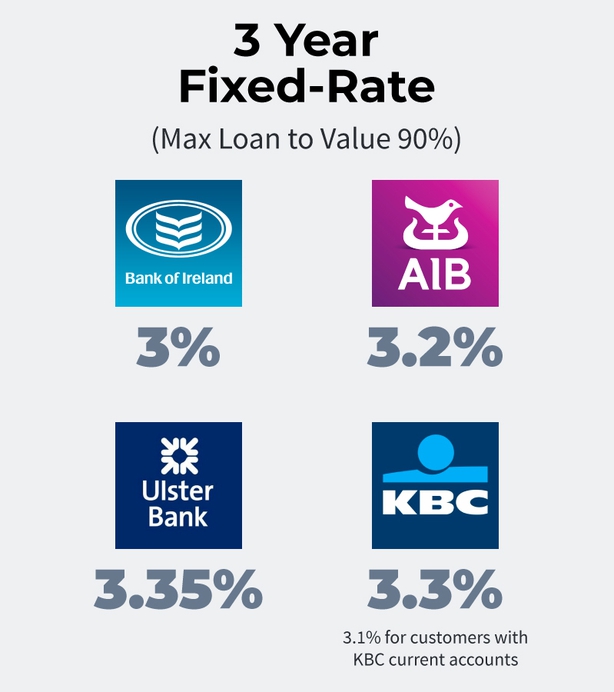 Former Bank of Ireland chief executive Richie Boucher was open in saying that the bank kept its standard variable rates high to encourage borrowers to fix instead.

From the bank’s point of view there’s a trade-off here: forgoing some margin on variable rates in the short term in order to guard against bad debts as vulnerable borrowers fall into arrears when their repayments rise in the future.

But in what circumstances might it be in a customer’s interest to fix? Bear in mind that this is not an exercise in trying to time the market to perfection and get a jump on either the banks or the ECB.

The more compelling rationale is that you want or need certainty around your monthly expenses. Run the numbers using one of the many repayment calculators available online. If you find a one percentage point increase in your variable rate from its current levels would put the household budget under strain, then it’s certainly time to consider fixing. 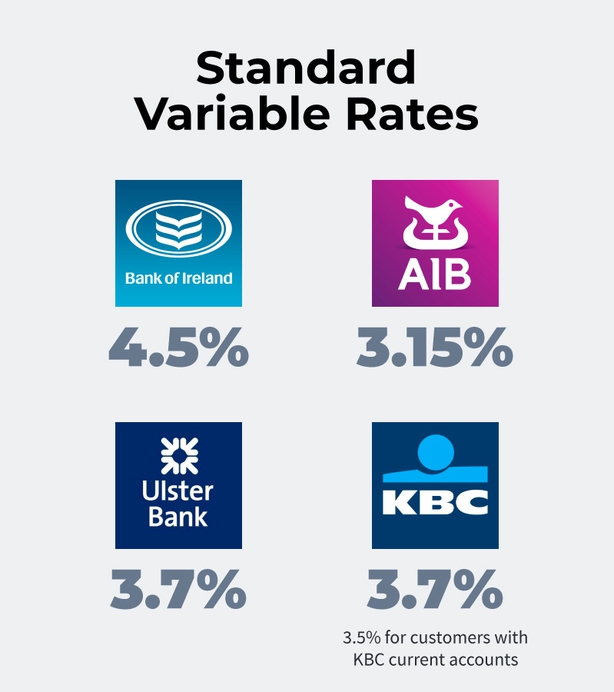 Financial Broker Stephen Hamilton of MortgageLine in Dublin said at present "you might find variable rates are higher than the fixed rate you could get".

That’s not a situation that’s likely to last for long, he said. There may be a window "of a few months" for borrowers before the banks start to increase fixed rates in anticipation of a move by the ECB.

Obviously this is not a one-way bet. Fix your loan and your rate is locked in for the term of the contract whether three, five or more years (Bank of Ireland has a ten-year fixed rate). If rates do fall across the market in that time-frame you won’t benefit.

Your flexibility is also compromised in other ways. Most fixed rate contracts stipulate that borrowers have to pay a penalty if they repay the loan early. That obviously includes the scenario where you sell the property.

Only one lender in the market, Ulster Bank, allows fixed-rate customers to make over-payments on their mortgages. In that case no more than 5% of the outstanding value of the loan can be repaid over and above the fixed monthly repayments in a single calendar year.

The prospect of being in a position to overpay your loan may seem fanciful at this point but it’s not unheard of for borrowers to receive an unexpected financial windfall, for instance through an inheritance.

You may not want to forgo the round-the-world trip in favour of the more prosaic option of chipping away at the mortgage but it’s always nice to have options! One way to keep those options open is a "split rate" where the home loan is divided between fixed and variable rates.

It may be worth considering a 50/50 split, for example, on your outstanding debt. In that case half the loan would be fixed for a period, to provide a degree of certainty on repayments, and the other half would remain on the standard variable rate.