It also repeated its call for Berlin to increase investment and reduce its current account surplus.

But it also said the ECB's ultra-loose policy was partly to blame for weak profitability in the banking sector.

"Low interest rates, if prolonged, would also negatively affect life insurers given their extensive reliance on guaranteed products," it said.

The IMF predicted German exports growth would gradually recover after shipments abroad slowed last year and said this would push up business investment and imports.

Germany's large current account surplus shrunk slightly, to 8.3% of gross domestic product (GDP) in 2016 from 8.6% in 2015 , mainly due to the deterioration of the income and services balance, the IMF said.

It warned that Germany's ageing population and Berlin's slow progress on structural reforms would dampen growth in the medium term, and urged the government to boost potential growth and speed up external rebalancing to help rein in the current account surplus.

"To this end, directors recommended using leeway available within the fiscal rules to further expand public investment in infrastructure, widen the provision of childcare services, foster refugee integration, and reduce the tax burden on labour," it stated. 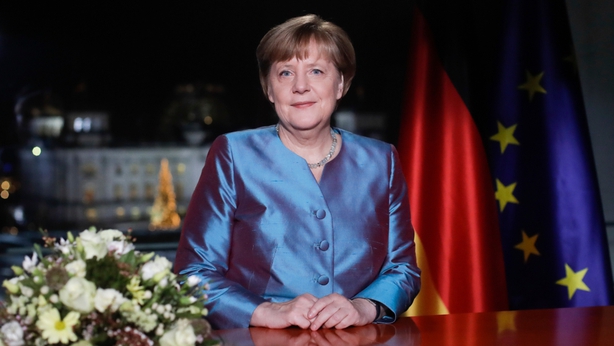 The IMF welcomed signs from German politicians that further reform measures are being mulled.

Heading towards a federal election on September 24, Chancellor Angela Merkel's conservatives and their rival Social Democrats (SPD) both have promised to lower income tax for the middle class and increase investment on digital infrastructure.

Regarding Germany's rapidly ageing population, the IMF also recommended raising the effective retirement age above 67, a move which it said would reduce the need to save for retirement and hence push down the current account surplus.