Two of the world's biggest central banks are likely to find themselves with a bigger policy gap by the end of the coming fortnight.

The European Central Bank on Thursday will resist calls to start tightening policy against surging inflation but robust US jobs data on Friday could seal the case for another US Federal Reserve hike the week after.

With just weeks to go before contentious French and Dutch elections, the ECB will be keen not to rock the boat, so it is likely to give just a token nod to robust growth figures, steering clear of any policy hint that may give emerging populist movements ammunition.

A Reuters poll showed unanimity for no change.

But the balancing act may be more difficult than it looks.

With growth on its best run since before the financial crisis and inflation peeking just above the ECB's target, calls are mounting for the bank to scale back its €2.3 trillion bond buying scheme and raise its negative interest rates.

Doves hold a comfortable majority among the policymakers, however, so any shift will come at the margins.

In practice that could mean increased inflation forecasts, letting an ultra-cheap lending scheme to banks expire as scheduled, and dropping a reference to the risk that growth may disappoint. 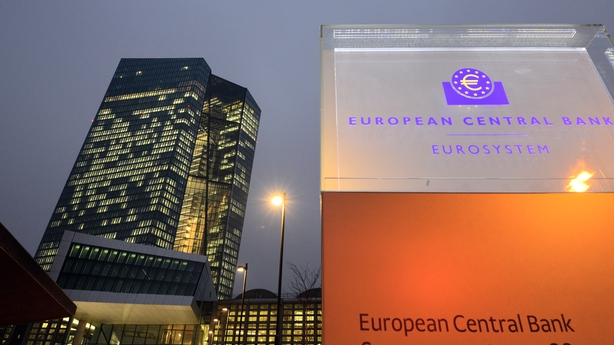 But ECB President Mario Draghi will probably avoid any discussion about winding down asset buys, even pushing back on calls by some rate setters to tweak the ECB's guidance, giving up its reference to further rate cuts, a possibility markets have already priced out.

For now though, Draghi will stick to his line that the inflation surge is temporary, growth is fragile and political risks clouds the outlook, requiring stimulus, a Reuters poll of analysts showed.

Having tightened policy in 2011 just months before the euro zone debt crisis started spiralling out of control, the ECB will be desperate not to move too early, even if it risks being called out by some for moving too late.

The Fed, meanwhile, must deal with what Draghi dubbed a high-class problem - solid growth, full employment and returning inflation.

US non-farm payrolls, due on Friday, are expected to show an increase of 186,000 jobs, probably enough to push the Fed to move.

US unemployment benefits already fell to near a 44-year low late last month, indicating further tightening of the labour market.

Indeed, markets have now almost fully priced in a hike in March, the third since rates bottomed out at the height of the crisis, and two more increases could still come before the end of the year.

Robust jobs growth threatens to overheat the labour market ,just as inflation is heading higher, with the Fed's preferred measure now in the upper end of the range central bank officials in December estimated would be reached this year.

Manufacturing growth is also firming, offsetting relatively weak consumer demand, good enough for even the most dovish Fed officials to argue for a hike sooner rather than later.