Many observers expect Britain to trigger the formal process to leave the European Union on 9 March, with the pace of activity continuing to accelerate behind the scenes as that critical date approaches.

Once Article 50 of the Lisbon Treaty, which is the mechanism by which a member state leaves the EU, is triggered there is no going back.

Irish civil servants, diplomats and politicians are on the road trying to lobby in the corridors of power around Europe.

The Government hosted the All-Island Civic Dialogue on Brexit in Dublin Castle on Friday.

It was not entirely all-island, because key unionist figures did not attend.

However, Mr Brokenshire's comments were a triumph of optimism over realism.

The first key consideration for Ireland is the Customs Union. This is a ring of steel around the EU.

Countries outside the union have to pay tariffs to sell their goods into the EU.

The prospect of Britain and the North being on the far side of the Customs Union is perhaps one of the most alarming aspects of Brexit.

However, when asked what plans Britain was putting in place to deal with this, James Brokenshire simply argued he was hoping to retain an open border without saying how this could be achieved.

This position entirely lacks credibility. The British government's central policy is to leave the EU and the Single Market.

It says it wants to examine its relationship with the Customs Union.

But James Brokenshire has not committed to keeping the North part of the Customs Union.

As northern secretary it could be difficult to sell that to the unionist community. 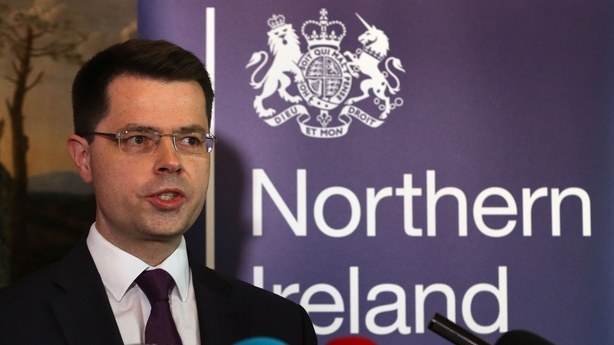 There is a growing sense among Irish ministers that the strategy of waiting to see what the British are proposing and then reacting to it is flawed.

Instead some ministers advocate that Ireland should make its own plans and promote them among other EU states.

Sinn Féin and Fianna Fáil advocate seeking the status of a special zone for the North.

On the face of it, the idea has some merit.

But giving the North associate membership of the EU is not something Brussels can do.

It would also raise the issue as to why should one area within the UK should be given special treatment over Scotland, which also voted to remain in the EU.

So it makes little sense for the Irish Government to put it on its wish list in negotiations with the EU.

However, it has argued that Ireland's unique circumstances have to be recognised.

That message seems to have registered with the EU's chief Brexit negotiator Michel Barnier.

Keeping the North in the Customs Union would help Ireland's predicament greatly.

It would also be the sensible thing to do.

But little about the prospect of Britain leaving the EU has been sensible so far.