Brexit is going to be hard and President Trump is in office. A year ago, few would have foreseen either outcome.

Donald Trump campaigned vigourously to breathe new life into dying industries such as mining. He gained support from those who lost jobs as traditional industries declined.

The Brexit vote too was as much about caps on migration and border controls as it was about disenchantment with the European Union.

Across the Western world there have been communities who have lost out as a consequence of globalisation.

There is a wide sense of disquiet that open trade, which was intended to bring benefits, has in fact made life harder for families reliant on traditional industries.

Support for Brexit was strong in the North of England and Wales where much of Britain's manufacturing used to thrive. 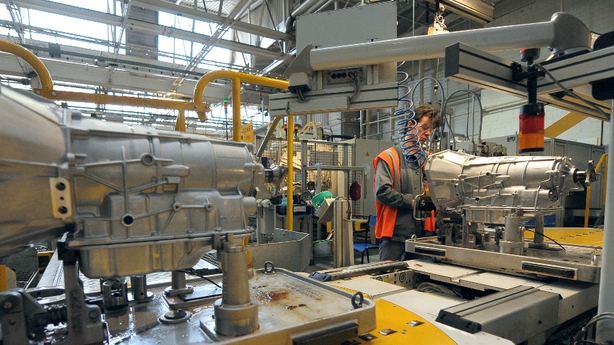 In the US, one in six working age men without college degrees are not part of the workforce.

There has been an enormous shift in manufacturing jobs eastwards. In 2013 one fifth of world exports came from China - in 1991 that figure was just 2%.

In the US particularly that was one of the causes of a decline in factory jobs. Many of those workers never found employment again leading to disenchantment in manufacturing states such as Michigan, Ohio and Pennsylvania.

But it's not just prosperity in some communities in the US and Britain which are a concern.

A report by McKinsey Global Institute found that real incomes for two thirds of households in 25 advanced economies were flat or fell between 2005 and 2014 compared with 2% of households in the previous decade, according to the Economist magazine.

While many countries have lost out, Ireland has won significant numbers of multinationals due to globalisation.

There are 200,000 employed by foreign owned companies supported by IDA Ireland. There are a further 200,000 who have jobs in Irish owned exporting companies backed by Enterprise Ireland.

But this country has been caught up in the ugly side of globalisation too.

The decision by the European Commission to force Apple to pay €13 billion in tax to the Irish authorities shows how many multinationals can exploit loopholes to reduce their tax bills.

While Ireland has, on balance, benefited from globalisation another important question is whether the world has benefited?

Professor Aengus Deaton, who won the Nobel prize for economics, argues here that globalisation has meant the number of poor people on the planet has fallen by one billion in the last 30 years.

Countries which have benefited include India, Malaysia, Mexico, Thailand and Vietnam.

But job losses in manufacturing in the West can't only be blamed on globalisation - increased automation and robots have a role too.

Industries rise and fall. I was brought up near a beautiful stone disused blacksmith's forge in Co Wicklow. It was a testament to bygone age.

The challenge for developed countries is to be aware of the trends and pour public funds into retraining those who lose jobs so they can find employment.

There must also be further efforts to curb the inequality and tax dodging by big companies.

While globalisation might have a lot to answer for, remembering its benefits and being prepared for its challenges is important too.