The Eurogroup and Ecofin meetings of finance ministers taking place on Monday and Tuesday between EU finance ministers have very full - and potentially explosive - agendas that deal with some of the biggest economic and political issues out there, from corporate tax to the fiscal effort needed to kicks tart growth in key European economies.

Let’s start close to home, with corporation tax. The roll-out of the BEPS agenda continues, and the Irish are insisting that others share the pain.

Having killed off the notorious Double Irish, Dublin now wants to ensure a level playing field. In their sights right now is the Dutch CVBV corporate construct.

Like the Double Irish, it is essentially an artefact of a bilateral tax treaty with the US, and so is really only of use to US companies, who duly use it to establish tax efficient holding companies in the Netherlands.

The Second Anti-Tax Avoidance Directive should put paid to the CVBV and a few similar schemes, such as the British LLP (limited Liability Partnership), known as Hybrid Mismatches in BEPS speak.

To what extent have the Irish poachers turned corporate tax gamekeepers now that the phase-out of the Double Irish has been legislated?  Well, put it this way - we are working hand in glove with the French on this one.

As for the common consolidated corporate tax base, it’s trundling along in the background, with countries doing their own analysis of the numbers.

First out of the traps against it is Denmark. The previous version would have cost it 1% of GDP, and new version doesn't seem to do much different.

As we have reported previously, the initial Irish view is that the Commission proposal reduces the taxable base in Ireland, by allowing more reliefs and exemptions (especially for R&D) than our system, which is grounded in the idea of applying a low rate to wide base.

Which means that if the base is narrowed, the rate would have to go up to get the same revenue.

As the 12.5% rate has been raised to the level of red hair and freckles in the official definition of Irish-ness, it’s difficult to see any government agreeing (or being able to agree) to the current text.

But for the moment the process is parked while the analysis continues. As for the Trump presidency in the US, this should not be a big issue for the corporate tax regime in Ireland, as the money that washes through Ireland (and other places) without leaving much tax behind is ultimately taxable in the US.

The fact that it hasn't yet been taxed is due to US corporates effectively going on strike against the US corporate tax rate of 35%, which is now the highest in the developed world.

Michael Noonan told us in the margins of the Department of Finance annual tax conference that the US treasury has lined up all the paperwork for a long awaited corporate tax reform, and with a triple whammy for the Republican Party (President, House and Senate), they have a window of opportunity for getting a reform done in the next 18 months.

The likely effect of this is to transform the money that is currently held "offshore" untaxed, into money that is brought onshore in the US and is taxed in the financial year.

It’s hard to see how this would alter current practice in relation to taxing the profits of US multinationals in Europe.

One area of potentially beneficial reform in the US code is any measure that clamps down on corporate inversions – the practice of a very large US company taking over a considerably smaller foreign company, in order to change the tax residence of the big US company.

Inversions have played havoc with the Irish public accounts. They don't produce much extra revenue, they produce hardly any extra jobs, but they do have a big statistical effect, inflating Gross National Income - the measure of the size of the economy used to determine how much member states pay into the EU budget.

It’s been estimated that corporate inversions add between €80 - €100 million to Ireland's annual sub to the EU.

And there are no tax or jobs gains. So they just cost us money and add to the Leprechaun economics effect.

The EU budget issue is going to become more problematic over the next two years because of Brexit.

When Britain leaves the EU, it will (at some point) stop paying into the EU budget.

This is particularly problematic if there is a hard Brexit in 2019, as the current EU budget runs until the end of 2020. 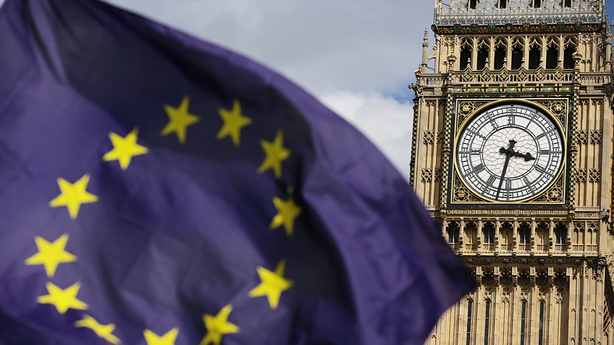 So a new budget framework has to be negotiated soon, and that is easier done if we know how much or how little Britain will be paying during the next budget period.

That's why there is big pressure from the 27 states to do a financial deal with Britain as part of the Article 50 process.

Pretty much everything else can be left to transitional arrangements after the UK ceases to be a member – but not the money situation.

For Ireland, as for every state, it is vital to know what EU programmes will be fully funded in the next decade – especially CAP – or will the British departure lead to a reduction in the overall size of the EU budget, and so put the squeeze on a number of programmes and policies?

Or will everyone of the 27 have to dig deeper and pony up more to make up for the financing gap when Britain leaves?

This may become particularly tricky in Ireland, which finally became a net contributor to the EU budget in 2014.

This was supposed to happen in the latter stages of Bertie Ahern's tenure as Taoiseach, but, er... something happened to the size of the economy.

The resumption of growth and the phasing out of some programmes means we now pay in more than we get back from the EU budget – a common complaint among rich countries like Denmark, Holland and Sweden – the states that Ireland is now trying to make common cause with, now that the British are on their way out the gate.

The net contribution next year will be of the order of €300 million (remember, corporate inversions are costing us about a third of that sum).

Now that we have skin in the budget game, expect the Irish voice to become more assertive in the upcoming budget debate.

The fact that it is intrinsically linked to Brexit just makes it more complex – and potentially fraught.

The Financial Transaction Tax hasn't gone away either, you know.

There is an enhanced co-operation move to bring this in between a group of ten countries, and there promises to be a new legislative text soon, the first signs of life in this area for two years.

The Irish have resisted in the past, alongside the British – both countries already apply stamp duty to many financial instruments.

But now Brexit looms, so what is to become of the Irish position. And the British position, especially outside the EU? Ireland (and most other EU states) won’t be joining the enhanced co-operation group (though all are entitled to join later if they wish).

But something else may happen in this space down the road. Next year Germany is taking over as president of the G20, and has been talking of trying to agree a global version of FTT – starting with the G20 and morphing from there into the de facto global standard.

That of course would include Britain and the United States – if they would agree to such a measure.

Given the Trump and Brexiter rhetoric it seems pretty unlikely, at least in the medium term.

But you never know. Again, it’s the kind of level playing field the Irish could support if everyone joins in.

But that's the tricky bit – getting everyone to join in. Don't hold your breath. 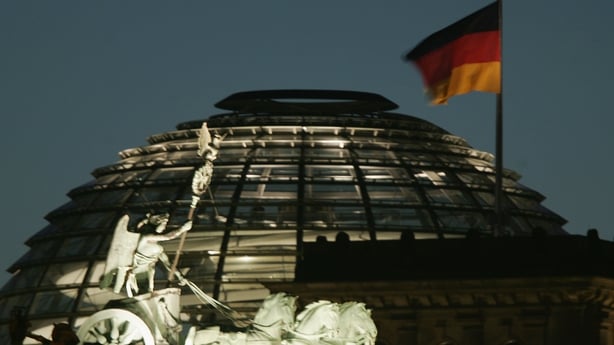 And speaking of the Germans, there is expected to be further pressure brought to bear on the country with the biggest current account surplus (and therefore the cash) to spend more on, well, pretty much anything that will bump up demand and suck in imports from the rest of the EU.

Equally we can expect further resistance to the idea from Wolfgang Schaeuble, who will no doubt trot out that hoary old excuse “we have an election coming up”.

Anyone remember a time when they didn’t have an election coming up?

As Mario Draghi never tires of reminding us, the ECB can’t reflate the euro area economy on its own – governments with fiscal space have to do their share of the heavy lifting.

The German election excuse is bringing democracy into disrepute.

But of course that assumes the ministers don't end up having to deal with a new financial or banking crisi sas a result of Sunday's Italian referendum.

The game of British politics has just been re-set