US economic growth was less sluggish than previously thought in the second quarter as exports grew more than imports and businesses raised their investments, hopeful signs for the economic outlook.

Gross domestic product expanded at a 1.4% annual rate, the US Commerce Department said in its third estimate of GDP.

That was up from the 1.1% rate it reported last month and higher than analysts' expectations.

The revision incorporated data that showed businesses cut investments in buildings and equipment less than the government previously estimated, while they sank more money into research and development.

The slump has worried policymakers at the US Federal Reserve, because less investment could hurt economic growth over the longer term.

The US economy has struggled to regain momentum since output started slowing in the last six months of 2015 and the overall growth rate for GDP in the second quarter remained below historically normal rates.

That could give grist to Republican Presidential candidate Donald Trump's argument that the economy has sickened under the Obama administration. 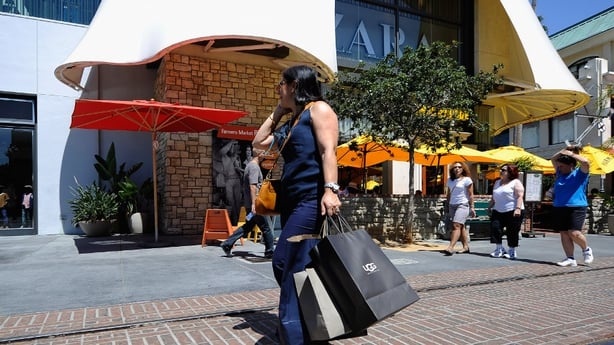 At the same time, consumer spending, which makes up more than two-thirds of US economic activity, was robust in the second quarter, rising at a 4.3% annual rate, while growth in exports outstripped that of imports enough to boost GDP by the most since the third quarter of 2014.

But companies continued to run down their inventories aggressively, reducing stocks by $50.2 billion and subtracting from GDP growth, while home building also sank.

The GDP data likely has little to no impact on the near-term outlook for monetary policy.

Federal Reserve Chair Janet Yellen yesterday repeated that Fed policymakers expect to raise interest rates by the end of the year because they worry that gathering steam in the US labour market could fuel inflation.

The Commerce Department is due to release new inflation data tomorrow.

The government also reported that after-tax corporate profits fell at a 1.9% rate in the second quarter, a smaller drop than initially estimated.

With profits declining, an alternative measure of growth, gross domestic income, or GDI, dropped at a 0.2% rate in the second quarter.

GDI measures the economy's performance from the income side.