European Union competition regulators have today opened a probe into tax deals granted by Luxembourg to French power utility Engie, stepping up the EU's campaign against tax avoidance by multinationals.

The European Commission said it had concerns the tax rulings granted by Luxembourg since 2008 appeared to treat the same financial transaction as both debt and equity.

This led to double non-taxation of companies in the GDF Suez group, as Engie was formerly known.

That may have given GDF Suez an unfair advantage over other companies in breach of EU state aid rules, the Commission said.

"Financial transactions can be taxed differently depending on the type of transaction, equity or debt - but a single company cannot have the best of two worlds for one and the same transaction," Margrethe Vestager, EU Competition Commissioner, said in a statement.

Engie did not immediately respond to a request for comment.

Only last month Vestager made headlines by ordering Apple to pay Ireland up to €13 billion in unpaid taxes.

Vestager will meet with US Treasury Secretary Jack Lew in a trip to the US this week, where she has been criticised for allegedly targeted American companies, something the EU denies. 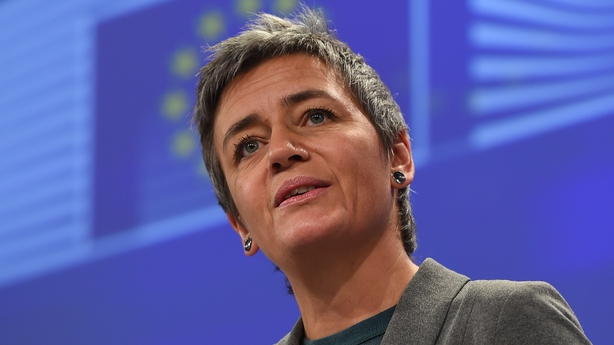 A Commission spokesman said it was a coincidence the investigation into Engie, a French company, was opened the same week.

The financial transactions are loans granted in 2009 and 2011 between four companies in the GDF Suez group that can be converted into equity and bear zero interest for the lender.

"The final result seems to be that a significant proportion of the profits recorded by GDF Suez in Luxembourg through the two arrangements are not taxed at all," the Commission said.

The borrower companies - GDF Suez Treasury Management and GDF Suez LNG Supply - were able to significantly reduce their taxable profits in Luxembourg by deducting the provisioned interest payments, which are tax deductible expenses, it said.

The lender companies - LNG Luxembourg and Electrabel Invest Luxembourg - avoided paying any tax on the profits from the transaction because Luxembourg tax rules exempt income from equity investments from taxation, the Commission said.

A Commission spokesman said it was too early to say how much tax Engie may have to pay if it is found to have breached state aid rules.

The EU has already launched investigations into tax deals granted by Luxembourg to other multinationals such as McDonald's and Amazon.

In December last year the Commission ordered carmaker Fiat to pay back up to €30m to Luxembourg.

Poland imposed a new tax in July that affects larger, foreign-owned supermarkets in an effort to finance social programmes and broaden popular support for the Law and Justice (PiS) government.

The European Commission, the EU's executive arm, "has concerns that the progressive rates based on turnover give companies with a low turnover a selective advantage over their competitors in breach of EU state aid rules," a statement said.

It ordered the tax to be immediately suspended.

Brussels and Poland have been caught up in bitter feud over a wave of populist reforms that the EU warns threaten democracy and the rule of law in the ex-communist EU and NATO state.