The Vatican and the Bank of Italy have signed a key co-operation agreement aimed at regularising their relations and ending years of Italian mistrust over Holy See finances.

The accord, signed by BOI Governor Ignacio Visco and the Vatican's top financial regulator, Rene Bruelhart, comes after years of financial reforms, most of them under Pope Francis, to bring the Vatican and its troubled bank up to international standards to guarantee transparency and combat money laundering.

A joint statement said the agreement, which the Vatican had lobbied hard to win, "aimed at enhancing the exchange of information in the field of financial supervision, on the basis of reciprocity".

It "allows the authorities to broaden the channels of information" in order to monitor transactions between Italian financial entities and the Vatican, a sovereign state in the middle of Rome whose financial activities the BOI has for decades viewed with suspicion.

In 2010, Italian banks stopped dealing with the Vatican bank, officially known as the Institute for Works of Religion (IOR), after the BOI told them they had to enforce strict anti-money laundering criteria.

The IOR said it had merely been transferring its own funds between accounts in other countries.

The money was later returned.

In 2012, Italy blocked the use of debit and credit cards in the Vatican because of concerns over lack of transparency, which was a major obstacle to one of the tiny city state's biggest sources of income from tourists visiting the Vatican museums.

In recent years, relations between Italian and Vatican financial authorities have been improving.

In 2013 the BOI's Financial Intelligence Unit signed an accord with its Vatican counterpart and a separate financial information sharing agreement with Italian tax authorities in which the Holy See pledged full co-operation and transparency. 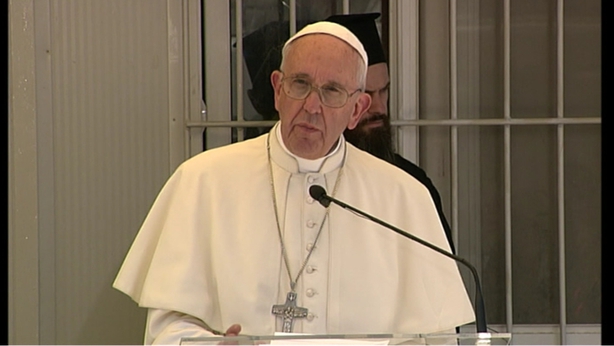 The Vatican had long been criticised by financial organisations for providing a tax haven for well-connected Italians by allowing them to hold secret bank accounts.

Pope Francis has made financial reform a central plank of his papacy.

Under his watch the IOR has closed thousands of accounts in the past few years and he has also greatly increased the power and independence of the Vatican's financial intelligence unit.

Last December, the European financial crimes watchdog Moneyval, which had previously criticised the Vatican, issued an overwhelmingly positive report, saying it had made great strides in cleaning up its scandal-plagued bank and other financial departments.

But the report also said the Vatican's judiciary should be much more aggressive in dealing with people suspected of financial crimes like money laundering and step up prosecutions and indictments.