Japan's prime minister and central bank governor have applied fresh pressure on companies to do their part in putting a sustained end to deflation by boosting wages and investment.

The head of Japan's biggest business lobby, however, offered only conditional support, underscoring the difficulty policymakers face in convincing risk-shy Japanese companies to divert more of their record profits to innovation and human resources.

At an annual meeting of the business lobby Keidanren, Mr Abe voiced hope that companies raise wages next year at a faster pace than this year, saying that boosting salaries and capital expenditure was critical for Japan to exit deflation.

Bank of Japan Governor Haruhiko Kuroda also waded in, telling the same meeting that companies who invest now are the ones to be rewarded when the central bank's aggressive money printing succeeds in accelerating inflation to its 2% target.

"Fortune favours the bold," Mr Kuroda said, citing a famous proverb and stressing that more companies needed to be spending further on new innovation and raising salaries to lure talent in a tightening job market.

He also said the BOJ remains "unwavering" in its determination to do whatever it takes to hit its 2% inflation target, suggesting his readiness to expand monetary stimulus if risks threaten a broad uptrend in prices.

Despite assurances by Kuroda that Japan's economic prospects are bright, many companies still sit on a huge pile of cash because of uncertainties over the external outlook and a shrinking domestic market as the country's population ages rapidly. 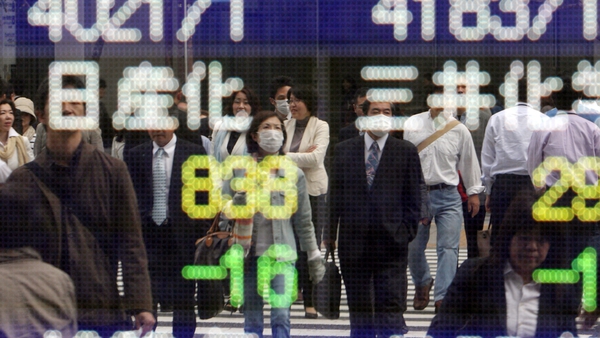