The European Commission is considering new measures to tackle what it sees as unfair competition from non-EU airlines as part of a package of proposals unveiled today designed to boost the competitiveness of Europe's aviation sector.

The Commission, which is the EU’s executive, also asked national governments to give it a mandate to start talks on air transport agreements with a number of countries including China, Turkey, United Arab Emirates, Kuwait and Qatar.

The talks with the Gulf countries are likely to be fraught with difficulty since some European legacy carriers, notably Lufthansa and Air France KLM, accuse the Gulf airlines of receiving unfair state subsidies and have been pushing the Commission to address this in negotiations for air transport agreements.

The Aviation Package presented by Transport Commissioner Violeta Bulc and Vice President in charge of the energy union, Maros Sefcovic, contains a wide range of measures designed to improve connectivity in the 28-member bloc, tackle airports' capacity constraints and charges and regulate the use of drones.

"It will keep European companies competitive, through new investment and business opportunities, allowing them to grow in a sustainable manner," Mr Bulc said in a statement.

Europe's aviation industry, which contributes €110bn to the EU GDP, has been hit by the rapid expansion of the Gulf carriers and the rise of Asia as a major air traffic hub.

Its legacy carriers have also suffered at the hands of European low-cost players such as Ryanair and easyJet.

"As a comparison, the United States controls the same amount of airspace, with more traffic, at almost half the cost," it said, adding it wanted to see an international level playing field and better access to growing markets."

The other countries with which the Commission wants to negotiate air transport agreements are Saudi Arabia, Bahrain, Oman, Mexico and the Association of Southeast Asian Nations.

Next year, the Commission plans to issue guidelines on the law on ownership and control of EU airlines to give legal certainty to investors and airlines.

It will also "actively" pursue the relaxation of the rules on the basis of reciprocity through bilateral aviation and trade agreements.

While the limit on foreign ownership of EU airlines is clearly capped at 49 percent, there is less clarity on what constitutes effective control.

Etihad, for example, owns 29% of Germany's Air Berlin and 49 percent of Alitalia.

The executive will also tackle the issue of airlines employing lower-cost workers overseas to avoid high labour costs in Europe by issuing a guide on the applicable labour law and considering whether legal changes are needed.

Europe's third-biggest budget airline Norwegian Airhas, for instance, circumvented Norway's labour laws by basing some of its crew and jets in countries such as Spain and Thailand, while Ryanair has come under fire in some countries for using pilots employed through agencies, rather than directly with the carrier.

EU member states were urged to complete the "Single European Sky" project, in process for a decade and which would cut costs and emissions by merging national air corridors.

The Commission estimates that fragmentation of European airspace costs at least €5bn a year and up to 50 million tonnes of CO2 emissions.

However, in a statement the airlines warned that "we need to act now - large scale airport monopolies, high charges, taxation and inefficiencies characterise the aviation supply chain.

"The focus must be on concrete and measurable actions that support European airlines and their customers by providing more flights and lower fares. Airport charges have risen by more than two thirds over the last ten years. This is in direct contrast to the lower air fares being delivered by Europe's airlines. We want to create growth and new jobs across Europe, both within aviation and beyond," it added. 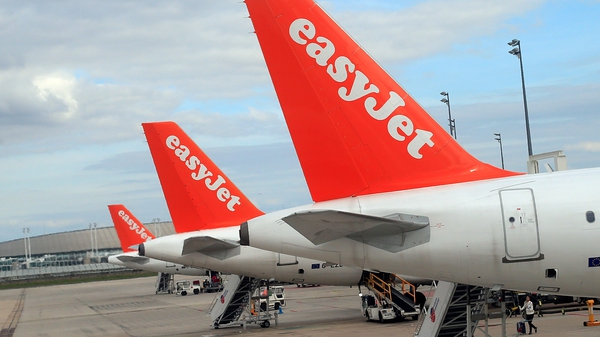